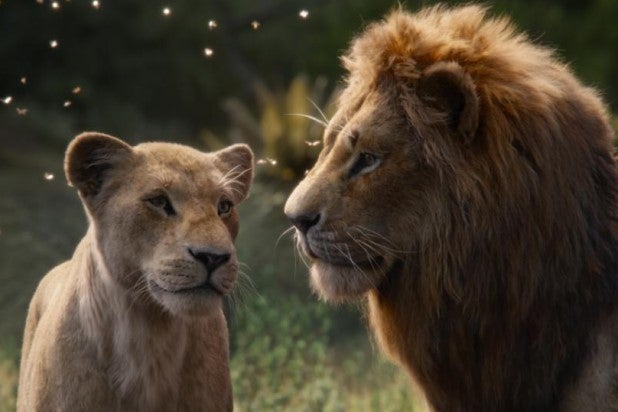 Jon Favreau’s “The Lion King” is now on the verge of becoming the highest grossing Disney remake both domestically and globally, as its North America total crossed $500 million on Thursday.

It is now the 14th film in box office history to reach the half-billion domestic milestone.  10 of those films came from Disney, and six of those films were released within the last two years. Those films, along with “Lion King,” are “Star Wars: The Last Jedi,” “Black Panther,” “Avengers: Infinity War,” “Incredibles 2” and “Avengers: Endgame.”

This weekend, “The Lion King” will also pass the $504 million domestic run of “Beauty and the Beast,” becoming the top grosser in Disney’s remake series and taking the No. 13 spot on the all-time domestic charts. Globally, the film’s total sits at $1.46 billion, putting it approximately $52 million away from passing “Furious 7” for the No. 8 spot on the all-time highest grossers. If it passes that mark, five of the top eight highest grossing films ever will be from Disney.

The success of “The Lion King” and “Avengers: Endgame” has been a major force in pushing Disney to a record $8 billion in global annual grosses in less than seven months. The studio is in prime position to reach $10 billion worldwide and possibly $4 billion domestic by the end of this year with the release of films like “Maleficent: Mistress of Evil,” “Frozen II,” and “Star Wars: The Rise of Skywalker.” Disney will also release films from the recently acquired 20th Century Fox, including the potential Oscar contender “Ford vs. Ferrari.”