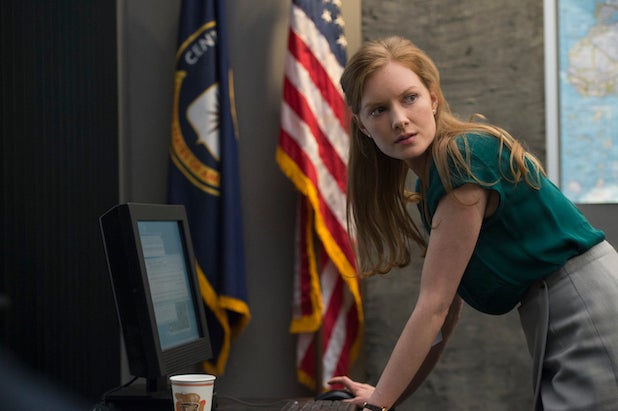 Wrenn Schmidt’s character Diane Marsh on Hulu’s new drama “The Looming Tower” is nothing if not a strategist, the actress says.

“I’ve always viewed Diane as a tactician,” Schmidt told TheWrap in a recent interview. “Like somebody who probably from a young age was obsessed with games of strategy, like chess.”

The drama, which is based on Lawrence Wright’s book of the same name, takes a look at the events leading up to Sept. 11, 2001, and the feuds between the men in charge in the FBI and CIA, which is where Diane works as an analyst. Her boss, played by Peter Sarsgaard, is at constant odds with Jeff Daniels’ chief of the New York FBI’s Counter-Terrorism unit.

Also Read: Here's Everything Coming to and Leaving Hulu in March

In the drama’s third episode, Diane gives a particularly steely monologue that foreshadows what’s to come.

“There’s very few women not frightened by war,” the the head of the CIA’s al-Qaeda unit Martin Schmidt, Diane’s boss, tells her.

“We’re always at war,” Diane replies. “I learned that on the Russia desk … and we all have a choice. You can pretend it isn’t happening, like my mother, and make chitchat about dog shelters and pizza toppings. Or, you can accept the world as it really is and do whatever you can to make sure your side isn’t the one that gets annihilated.” 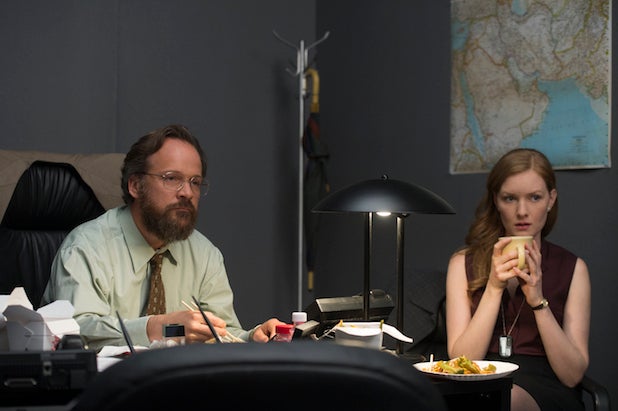 “Diane, I think, sees herself as someone who is on the frontlines, on behalf of the United States and a member of the CIA,” Schmidt told us. “I guess for her ideology, I kind of like to think of it like if Diane is a hammer then everything she sees is a nail. You know what I mean? If your somebody who believes the country is always at war, then you’re somebody who’s also constantly looking for what the threats are.”

“There’s a really great moment later on in the season which I can’t wait for you and everyone to see, where it becomes clear how far ahead Diane thinks, and how big of a picture she’s considering as she’s kind of moving through this,” she said, coming back to Diane’s strategic mind: “I like to think of everything that’s happening on this show as … it’s like if the Cold War was a game of checkers, then this is a game of high-speed chess.”

Before working on al-Qaeda intelligence, Diane was an analyst on the agency’s Russia desk.

We’ll leave spoilers out of it, but suffice it to say that Diane’s actions later on in the season have some pretty dire consequences. But everything she does, she does because she believes it’s the right thing for the country’s safety. She gets some of that from her boss.

“They’re ideological bedfellows and see the world very similarly,” Schmidt said of the two characters. “But I think she’s also learning some of that from him, as far as how the dominoes might fall,” she added.