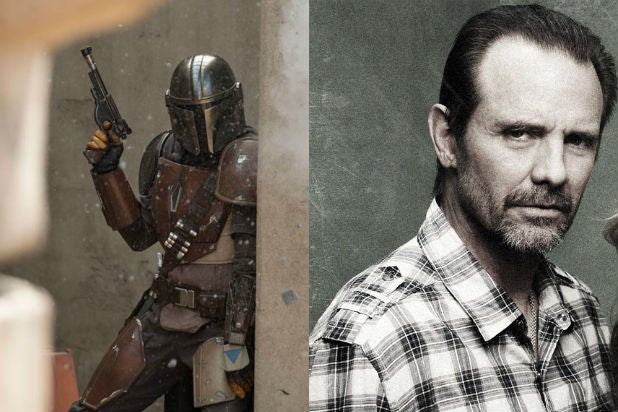 Michael Biehn, best known for starring in James Cameron’s “The Terminator” and “Aliens” has been cast in the second season of “The Mandalorian,” TheWrap has confirmed.

Details about Biehn’s role are being kept under wraps. Making Star Wars, which first reported the news, said that Biehn will portray “a bounty bunter from The Mando’s past.”

Biehn’s casting on “The Mandalorian” is his highest profile project in more than a decade. Biehn first broke out playing soldier from the future Sgt. Kyle Reese in 1984’s “The Terminator” marking the first of Biehn’s three collaborations with legendary filmmaker James Cameron which included playing Cpl. Dwayne Hicks in 1986’s “Aliens” and Lt. Coffey in 1989’s “The Abyss.” Biehn’s other notable credits include playing Johnny Ringo in 1993’s “Tombstone” and playing Navy Seal Commander Anderson in 1996’s “The Rock” for Michael Bay. Biehn also starred in Robert Rodriguez and Quentin Tarantino’s “Planet Terror.” In 2011, he formed Blanc Biehn Productions with is wife Jennifer Biehn and it’s premiere title, The Victim, was distributed by Anchor Bay Entertainment. They later went on to produce “Hidden in the Woods.”

Representatives for Disney and Lucasfilm did not respond to TheWrap’s request for comment.