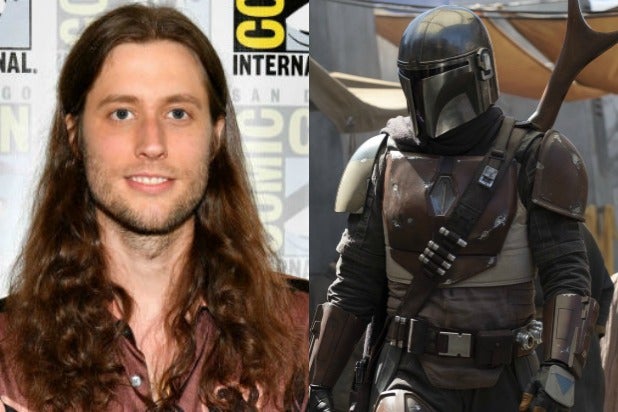 “Words fail to express how surreal and humbling it feels to be invited into the Star Wars universe,” Göransson said in a statement posted on StarWars.com Wednesday.

“I am deeply grateful to Jon Favreau and Disney for this opportunity and to John Williams for raising the bar so high with his iconic, intrepid scores — they will never be matched. In these next months I hope to honor the tradition of ‘Star Wars’ musical landscape while propelling ‘The Mandalorian’ into new and unchartered territory. And I will try to remember that there is no try.”

Last week, Lucasfilm announced that Giancarlo Esposito, Emily Swallow, Carl Weathers, Omid Abtahi and Werner Herzog have been cast on “The Mandalorian,” joining Pedro Pascal, who will play the titular character. Nick Nolte and Gina Carano were previously cast in the series.

The series, which is set in the time period between “Return of the Jedi” and “The Force Awakens,” follows a Boba Fett-like character, described as “a lone gunfighter in the outer reaches of the galaxy far from the authority of the New Republic…”

In “Star Wars” lore, Mandalorians made the iconic armor that bounty hunter Boba Fett and his “father” Jango Fett wore in the films. Boba was technically an unaltered clone of Jango.

The series, which doesn’t yet have a premiere date, will air on Disney’s upcoming streaming service Disney+, which is expected to launch toward the end of 2019.

Along with composing the soundtrack to “Black Panther” — which earned him both Golden Globe and Grammy nominations — Göransson also scored “Creed,” “Creed II,” “Venom,” and “Fruitvale Station.” His small-screen musical credits include “Community” and “New Girl.”

Off camera, Göransson has produced records for Haim and Chance The Rapper and Donald Glover aka Childish Gambino.

Earlier this month, he received three Grammy nominations for his work with Glover who, coincidentally, played a young Lando Calrissian in “Solo: A Star Wars Story.”