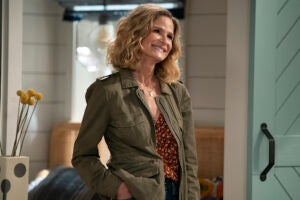 Disney+ had a little help from Luke Skywalker

The Season 2 finale of “The Mandalorian” was the top program on Nielsen’s Top 10 streaming programs, marking the first time Netflix was bumped from the lead spot.

If any show was going to leapfrog Netflix (which still took up the other nine spots on this week’s list), the “Star Wars” series was the most likely contender, as the Dec. 11 finale featured a shocking cameo from none other than Luke Skywalker. “The Office,” meanwhile, went out strong in its final days on Netflix, coming in at No. 2, with “The Crown” rounding out the top three.

Though he wasn’t there in person, with a body double physically inhabiting the role of Luke Skywalker, Mark Hamill was involved with that big cameo at the end of the Season 2 finale of “The Mandalorian.” And he was shocked that Disney and Lucasfilm managed to keep it a secret for so long. “The fact that we were able to keep my involvement a secret for over a year with no leaks is nothing less than a miracle,” Hamill tweeted. “A real triumph for spoiler-haters everywhere!”

Disney+ is expanding its “Star Wars” universe in a big way, with spinoffs “Ahsoka,” “Rangers of the New Republic” and “The Book of Boba Fett” on the way, along with Leslye Headland’s “Acolyte.” Disney+ is also premiering its first Marvel Studios show, “WandaVision,” on Friday, so we expect them to be on this list for a while.