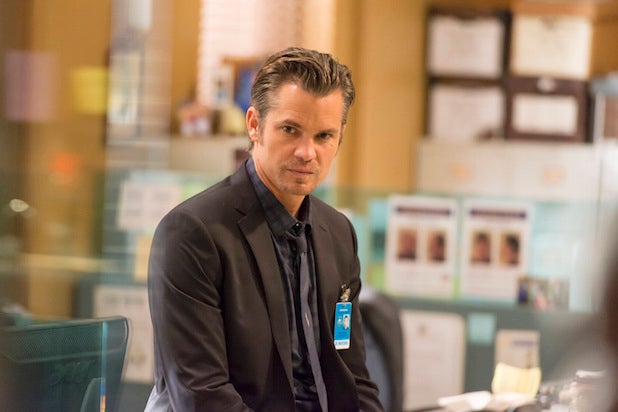 Timothy Olyphant has joined the cast of the “The Mandalorian” for the Disney+ “Star Wars” show’s second season, according to an individual with knowledge of the project.

Details about Olyphant’s role are being kept deep inside the Sarlacc pit. Olyphant most recently starred in Netflix’s “Santa Clarita Diet.” Filming wrapped on the second show and names have started to leak out. Temuera Morrison will play fan favorite bounty hunter Boba Fett in the second season, and Michael Biehn, best known for starring in James Cameron’s “The Terminator” and “Aliens” has been cast in the second season as well. Additionally, Rosario Dawson joined the second season of “The Mandalorian” as Ahsoka Tano, the Jedi character introduced as Anakin Skywalker’s padawan during the animated series “Star Wars: The Clone Wars.”

Olyphant is repped by UTA.