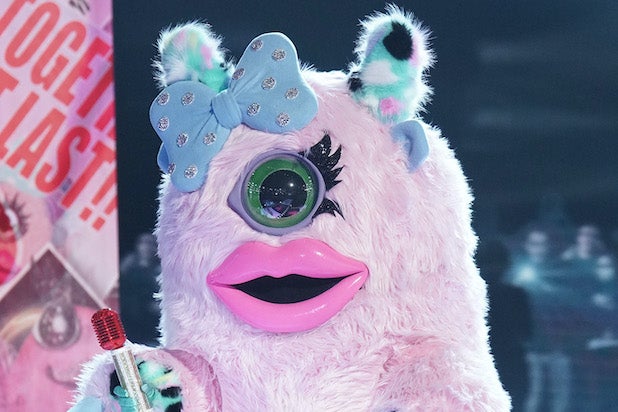 Season 1 of Fox’s “The Masked Singer” was won by rapper T-Pain, who surprised viewers when he was revealed to be The Monster at the very end of the singing competition’s first finale. Ahead of the show’s Season 3 launch, fans found out that a feminine version of the costume had been made for a new contestant — who was eliminated tonight and revealed to be Grammy Award winner Chaka Khan.

And while the show heavily promoted a connection between Monster and Miss Monster before she was booted, Khan (real name Yvette Marie Stevens) told TheWrap that T-Pain actually had nothing to do with her costume selection.

“Well, they gave me a choice of two monsters and I picked the one that I thought might be the cutest, I guess. It appealed to kids, that’s why I liked it,” she said, adding: “There was no connection with me and Monster. The only connection for me is (the costume) looked childish, whimsical.”

And actually, if she could go back and do it again, Khan says she wouldn’t be Miss Monster at all. “I’d have changed the costume,” the “I Feel for You” singer said. “Once I got into that it was really heavy and really hot and really not comfortable.”

Wardrobe grievances aside, Khan told us she enjoyed her “Masked Singer” experience and what it offered her.

Before Khan was eliminated, judges Nicole Scherzinger and Robin Thicke managed to correctly guess her identity based on her iconic voice — which she said would have been too hard to disguise.

“Actually, in the end I did not disguise my voice, I just sang the songs because I said it would be too much work for me to do that,” she said. “And I wanted to do it just clear and pure. I decided that in the end and that’s what I did.”