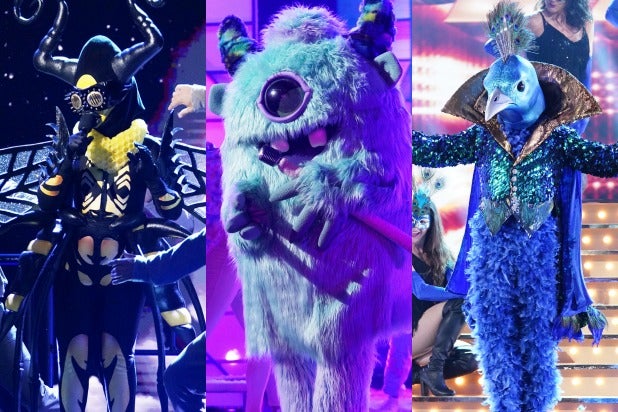 (Warning: This post contains spoilers for Wednesday’s Season 1 finale of “The Masked Singer.”)

Fox’s oddball, smash-hit celebrity singing game show “The Masked Singer” returned Wednesday, revealing at the end of its two-hour Season 1 finale the identity of not one, not two, but three of its famous contestants — including the winner.

After Bee, Monster, and Peacock — the trio of remaining contestants — performed, it was time for panelists Jenny McCarthy, Nicole Scherzinger, Ken Jeong and Robin Thicke, along with the studio audience, to choose which member of the group would win the Golden Mask trophy, and that ended up being the Monster.

Gladys Knight was unveiled as the singer behind the Bee mask, while the Peacock’s true identity turned out to be singer Donny Osmond. And last, but certainly not least — because he won — was Monster, who ended up being none other than T-Pain.

According to Fox, between all of the 12 celebrities competing on the first season of “The Masked Singer,” they’ve amassed 65 Grammy nominations, 16 multi-platinum albums, 16 Emmy nominations, nine Broadway shows, four stars on the Hollywood Walk of Fame and four Super Bowl titles.

Now we know the identities of all the Season 1 contestants, including T-Pain, Knight, and Osmond, as well as Rumer Willis was the Lion, Joey Fatone was the Rabbit,  La Toya Jackson was the Alien, Ricki Lake was Raven, Tori Spelling was Unicorn, Margaret Cho was Poodle, Terry Bradshaw was Deer, Tommy Chong was Pineapple and Antonio Brown was Hippo.

And if you’re already in “Masked Singer” withdrawal, don’t worry, because the show has been renewed for a second season.

You can read our interview with executive producer Craig Plestis about tonight’s finale and his plans for Season 2 here.