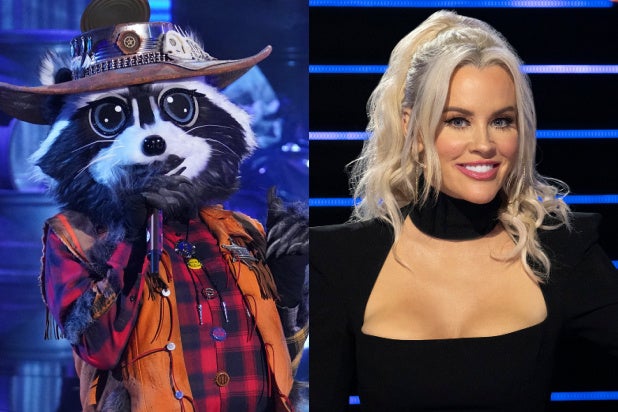 “The Masked Singer” cut another contestant from its Season 5 lineup this week — and added a new one via the show’s new “Wildcard” round. Raccoon was the unlucky competitor who got ousted by the crashing singer, Orca, and was eliminated and unmasked to reveal actor Danny Trejo. But Trejo was lucky in that he at least got to perform twice in front of his idol Jenny McCarthy before he was booted. And he made sure to tell her — repeatedly — just how much he loved her while in character as the playful Raccoon.

Ahead of tonight’s big reveal, Trejo told TheWrap the heartwarming reason behind his love for McCarthy.

“Jenny McCarthy is an advocate for at-risk children and I work with at-risk children,” the actor said. “So anytime a celebrity gets involved in something, it puts a light on it. It’s sad, but that’s the only way that we can get people aware of what is going on. The Los Angeles city schools are falling short of dealing with special needs children, and people like Jenny McCarthy really can put a light on it. We love her.”

Also Read: 'The Masked Singer' Eliminates First Contestant Via 'Wildcard' Round: And the Raccoon Is...

“And it’s OK, because I can beat up her husband,” Trejo joked, referring to McCarthy’s spouse, Donnie Wahlberg.

The Raccoon’s true identity wasn’t guessed by McCarthy or any of her fellow “Masked Singer” panelists before he was unveiled Wednesday. Instead, the judges thought he might be either Gary Busey, Danny DeVito, Tony Danza or Sylvester Stallone. Trejo found those picks hilarious because he said he’s “worked with every one of those people.”

“And for a while they said Jon Voight, and he was in my first movie, ‘Anaconda,'” he said.

Beyond getting the chance to express his infatuation with McCarthy, Trejo said he valued his time on “The Masked Singer” because it let him go “berserk” on set.

Also Read: 'The Masked Singer' Unmasks Another Hidden Celeb: And the Phoenix Is...

“I don’t think I’ve ever had that much fun, just outright being crazy,” he said. “Because on a movie set, there’s a certain etiquette. You can’t really go berserk. You can, but you won’t last long. But [on the show] it’s like, it didn’t matter what I did, nobody cared.”