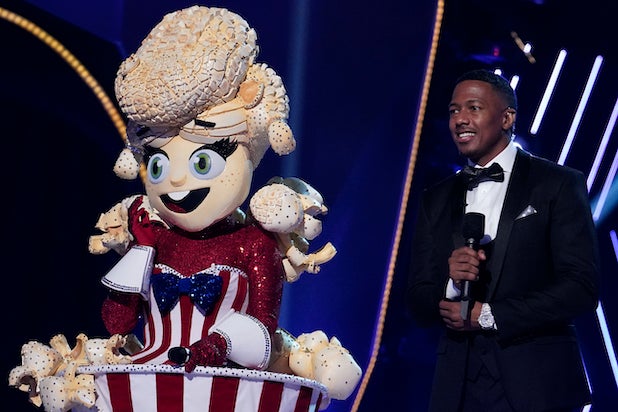 Ready for your next whosungit? The first clues about the identities of “The Masked Singer” Season 4’s contestants were revealed during a special preview Sunday, kicking off another round of Fox’s singing guessing game.

See below for a running list of the hints given about the 16 contestants competing on Season 4, as they are revealed by the competitors themselves during the sneak-peek event, which is airing now on Fox.

And for everything else we currently know about “The Masked Singer’s” fourth season — which premieres Sept. 23 at 8/7c — check here.

Popcorn:
“Mirror, mirror on the wall, what makes me the biggest miracle of all? America, you’re not going to know who I am until the credits roll on the final episode. And when I’m unmasked, your brains are going to pop.”

Giraffe:
“If you’re looking for a hint to my identity, you should know that I share something in common with a powerful giant. America, trying to figure out my identity is going to be a real pain in the neck.”

Broccoli:
“I’m a brocco-lean, mean, heart-pumping machine. After all, it’s how I got my six-pack. America, broccol-up because figuring out my identity is going to be roughage for ya.”

Jellyfish:
“Brr! I assure you that even though I may be cold-blooded, I have a warm and glowing flow with H2O. America, you can search the entire ocean for a notion of who I am, but when I make it to the finals, I’m sure you’ll go from calling me invertebrate to inverte-great!”

Serpent:
“If you want to know how I instantly appeared, here’s the prescription number [“#31118” shown on a prescription bottle on screen] to my identity. America, I hate to snake it to you, but figuring out my identity is a game you just can’t win. Fangs for playing.”

Dragon:
“If you want a hot clue to finding my identity, just look into stocks and bonds. America, you can search every dungeon to find this dragon’s identity, but you won’t pierce my protective armor.”

Lips:
“If you want a hint about me, I own who I am. I know that my voice can go high, but my dishes go deep. America, lip-stick around if you want to figure out my identity. But for now, my lips are sealed.”

Squiggly Monster:
“It’s very fitting that I have so many appendages. After all, I’m known for having a lot of hands to latch onto. America, if you want to figure out who I am, don’t expect me to give you a hand, even if I have plenty to spare.”

Sun:
“If you’re trying to figure out who I am, here’s a hint: This sun knows how to shine like a torch, even during the freezing winter. America, my identity will never dawn on you. If you try to guess me, you’ll just get sunburned.”

Whatchamacallit:
“Some might say that my career had a magical start. America, I know you’re hair-dyeing to know my identity, but forget about trying to figure out who I am, can someone just tell me what I am? Oh right, I’m whatchamacallit.”

Crocodile:
“A special set of keys reversed my game forever. Tic-tac-whoa! America, you’ve never met a reptile like me. I promise my identity will never be guessed by you.”

Gremlin:
“Check the gremlin manual and you’ll see, I can thrive when the temperature is a cool 66.5%. America, trust me, when you hear my ferocious voice, you won’t believe your ears.”

Mushroom:
“If you want to know who’s behind my mask, you’ll need to figure out who’s under my hats. America, you can guess and guess all day long, but figuring out who I am will be nothing but truffle.”

Snow Owls:
“You can try and figure out who we are, but as for who is more talented, it’s a tie. America, hoo-hoo are we? Your heads will spin trying to figure us out.”

Seahorse:
“Living in the ocean can be dangerous, so it’s always good to find a quiet place to hide. America, you’ll never figure out who I am, even if you try your sea-level best.”

Baby Alien:
“If you’re looking for a hint about this Baby Alien, all you have to do is look to the stars. America, trying to figure out this unidentified flying object will leave you lost in space.”

Plus: Baby Alien, Serpent and Seahorse

The wait is almost over for "The Masked Singer" fans, as the fourth season of Fox's wacky singing competition premieres Wednesday, Sept. 23 at 8/7c. And to get you even more hyped for the next round of the "whosungit?" guessing game, the broadcast network has revealed the costumes for all 16 contestants competing on Season 4. Click through TheWrap's gallery to see every one of them -- all created by "Masked Singer" costume designer Marina Toybina -- from Squiggly Monster to Baby Alien.

Also Read: ‘The Masked Singer': Here Are the First Clues About Identities of Season 4’s Contestants