Something prickly this way comes on Season 5 of Fox’s “The Masked Singer,” which will feature a steampunk-style Porcupine costume with a glowing red eye. TheWrap has your exclusive first look at the robo-critter, plus a teaser video featuring two more previously unseen fifth-season contestants.

In the clip, which you can view via the video above, “Masked Singer” panelists Jenny McCarthy, Ken Jeong, Robin Thicke and Nicole Scherzinger throw out guesses like Sylvester Stallone, Elon Musk and Kevin Hart for the identities of Season 5’s costumed celebs. The short promo gives us a look at several competitors who have already been unveiled — but two that have not.

There’s the Snail, which you can see here: 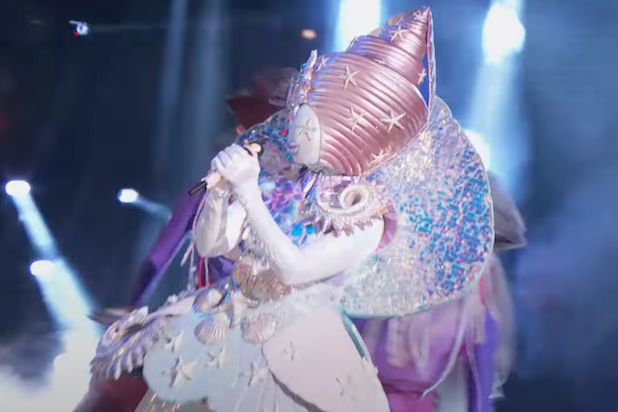 Fox revealed last week that it will start Season 5 with 10 scheduled contestants, who will be broken into two groups of five competitors (Groups A and B). The costumes we know of so far include Porcupine, Phoenix, Grandpa Monster, Chameleon, Russian Doll, Black Swan, Raccoon and Piglet, as well as the Snail and Seashell competitors featured in the video above.

Now, there are still more costumes to come, but we don’t know how many yet because Fox says that throughout Season 5, “The Masked Singer” will introduce several “Wildcard” contestants at the end of episodes, giving these crashers a chance to unseat the regulars. Plus, there will be the show’s first-ever “clue-meister,” Cluedle-doo.

“The Masked Singer” will return on Wednesday, March 10 at 8/7c and be immediately followed by the series premiere of the new Wayne Brady-hosted variety show “Game of Talents” at 9/8c.

“The Masked Singer” is executive produced by James Breen, who serves as showrunner, Craig Plestis, Rosie Seitchik and Cannon. The series is based on the South Korean format created by Mun Hwa Broadcasting Corp and is produced by Fox Alternative Entertainment.

See the photo below for TheWrap’s exclusive full-body reveal photo of Porcupine. 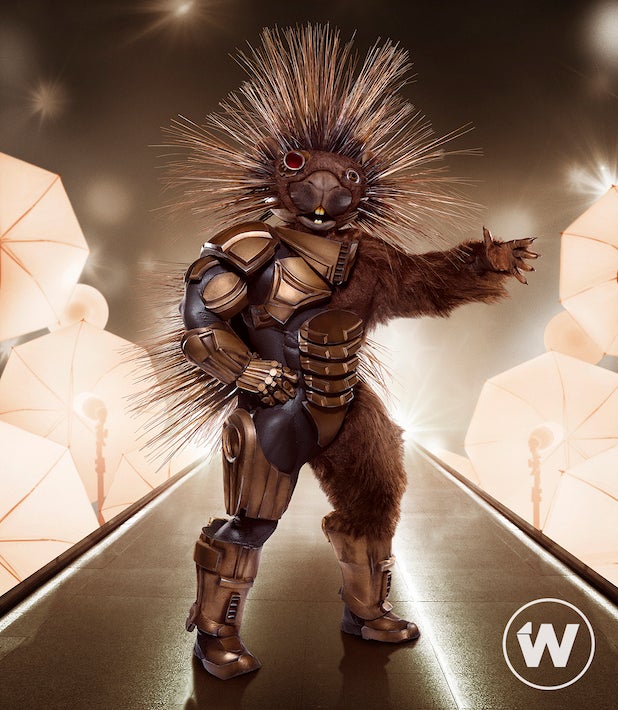