“The Masked Singer” has just revealed the first Season 6 costume, and we’re barking mad for it.

In the photo, which you can see at the bottom of this post, you’ll meet the Dalmatian contestant, who is rocking a football player uniform. Can you spot some clues as to his identity? (Sorry, not sorry about the pun.)

As you might have already guessed, “The Masked Singer” is getting even more over the top in its upcoming season, with the Fox show set to have its first two-night season premiere when Season 6 launches this fall.

According to the broadcast network, “The Masked Singer” will kick off Season 6 on Wednesday, Sept. 22 and air the second half of its supersized debut the following night, Thursday, Sept. 23. On both evenings, the smash-hit competition will be set in the 8 o’clock hour and followed by freshman singing contestant “Alter Ego,” which is also getting a two-night debut.

As of right now, we know very little about the upcoming season of “The Masked Singer,” including how many contestants will be competing and when the new episodes will debut.

What we can tell you is host Nick Cannon and judges Ken Jeong, Jenny McCarthy, Robin Thicke and Nicole Scherzinger will be returning when the show returns this fall on Fox. And also, as of Friday, we know a Dalmatian will be competing. 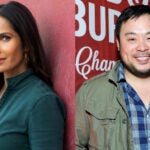 “Masked Singer” fans who can’t wait until Sept. 22 to get their first look at the sixth season can head over here to see TheWrap’s exclusive sneak peek at the new episodes and hints about some of the other costumes.

In that sneak peek, TheWrap was able to spot a hamster on a wheel, a delicious-looking banana split and a deck of cards and white rabbit that appear to point toward a magician-themed costume. But of course, the only costume we know for certain right now is Dalmatian, so you’ll have to keep checking back to find out who else will be competing.