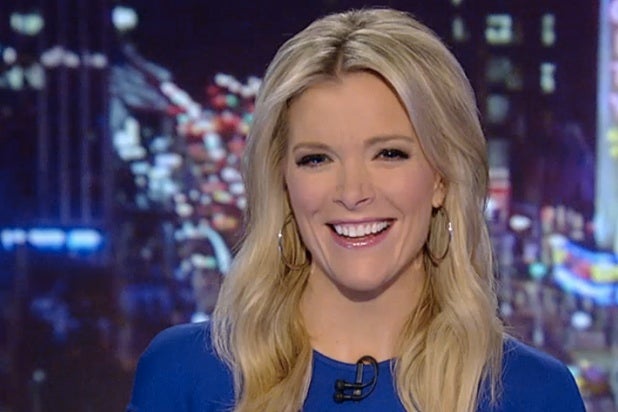 In a profile piece on Wednesday, The New York Times spotlights the rise of Fox News’ Megyn Kelly.

“For those unfamiliar with the phenomenon, a Megyn moment, as I have taken to calling it, is when you, a Fox guest — maybe a regular guest or even an official contributor — are pursuing a line of argument that seems perfectly congruent with the Fox worldview, only to have Kelly seize on some part of it and call it out as nonsense, maybe even turn it back on you,” Jim Rutenberg wrote.

Also Read: Fox News' Megyn Kelly Talks 'The Interview,' Doesn't Know if She Did 'the Right Thing' By Reporting on Sony Emails Released by Hackers (Video)

The piece goes on to highlight Kelly’s philosophy on guests and building the best show, using an example from when “The Kelly File” booked Navy SEAL Jonathan Gilliam, who was critical of Robert O’Neill, the Navy SEAL who killed Osama bin Laden and went on Fox News to detail the historic mission.

“She [Kelly] was more upset about what Gilliam had said,” the Times piece recounts. “He criticized O’Neill for using profanity, which she found ridiculous. ‘This is a Navy SEAL who we trained to be a killer of bad terrorists. He’s not going to walk around using the Queen’s English!’ Worse, and possibly even dangerous, she said, was Gilliam’s claim that O’Neill had made himself a jihadist target.”

Gilliam ended up coming on the show, where he and Kelly went head-to-head on the issue of bin Laden’s killer going public, but Kelly seemingly got the better of him. That show continued her successful ratings streak, said the Times piece.

It was another win, and another winning night, for Megyn Kelly. That Wednesday, like most weeknights since her show debuted in 2013, she beat all of her cable-news competitors. Her audience of 2.8 million was four times as large as Rachel Maddow’s on MSNBC and six times larger as that of “Somebody’s Gotta Do It,” the Mike Rowe program on CNN about people who devote their lives to odd passions. In fact, “The Kelly File” was the highest-rated nonsports program in her time slot in all of basic cable in 2014. For Roger Ailes, the Fox News Channel chairman and chief executive, who put her there and raised her in his television image, Kelly has become his “breakthrough artist,” the one who will define Fox’s future.

“Interviews like this have only driven the Kelly craze: cover stories in major magazines; panel conversations with other women power players like Facebook COO Sheryl Sandberg, and being mentioned in the same sentences as Barbara Walters, Diane Sawyer; I’ve even heard Oprah,” said the profile.