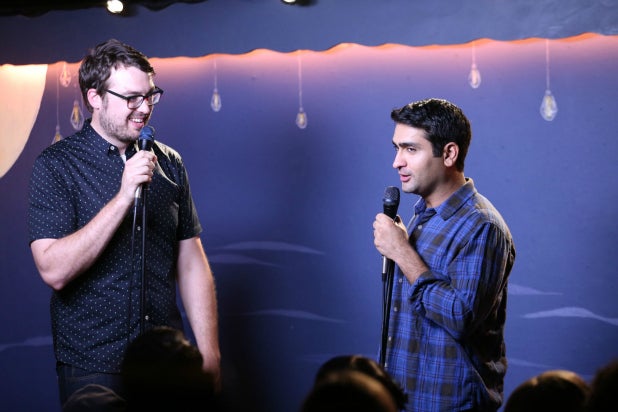 Would you like some more comics with those comics? Comedy Central has renewed Kumail Nanjiani (“Silicon Valley”) and Jonah Ray’s stand-up show “The Meltdown” for a third season. The documentary-style series, shot in the backroom of Los Angeles comic book store Meltdown Comics, is set for eight new episodes.

“There continues to be no better way to experience the best, live weekly stand-up show in L.A. than ‘Meltdown,’ said Kent Alterman, president, Original Programming, Comedy Central. “Except for actually being there, of course.”

“The Meltdown with Jonah and Kumail” captures some of the biggest names in comedy as they experiment with new bits onstage and hang out backstage.

JoAnn Grigioni and Ryan Moran are the executives in charge for Comedy Central.