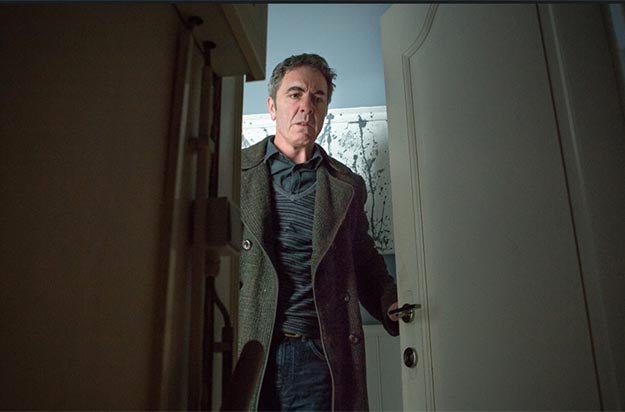 Consider yourself warned: “The Missing” doesn’t become truly captivating until the tail end of its first episode.

Before that, the missing child drama is a bit snoozy, weighted down with melancholy and sadness. But in those closing moments of the first episode, the BBC mystery debuting Saturday on Starz veers into creepy “True Detective” territory.

No longer just haunting, it becomes horrifying with a chilling basement discovery. Seemingly innocent in appearance, the image has stomach-churning implications in this case: What really happened to Oliver Hughes in France? Who got their hands on that sweet-faced boy?

This discovery gives “The Missing” a much-needed jolt of energy, putting viewers on notice that the drama won’t solely revolve around coping with loss. Hinting at movements and menace beyond Oliver’s last known whereabouts, it raises the tantalizing question: Could the boy still be alive?

The eight-part series plays on a very primal fear — a young child disappearing in the blink of an eye — and the parents’ ensuing panic. The show expertly toggles between the fateful day and the aftermath eight years later, showing how language difficulties exacerbate the parents’ agony.

Father Tony (James Nesbitt) has become a hard-drinking nuisance, unwilling to give up his search for his son. The strain has severed his marriage to Emily (Frances O’Connor), who is trying to move on with a new love.

Tony was with Oliver when he disappeared in a crowd and won’t stop scouring France for any sign of his son, revisiting the Hotel L’Eden where the family stayed after car trouble waylaid their holiday. The local cops try to get him to cool it, but he’s convinced he’s spotted a tell tale piece of Oliver’s clothing in a photo online.

Lead investigator Julien Baptiste (Tcheky Karyo), who has retired to be a beekeeper, get drawn back into Tony’s search almost against his better instincts. Together, the French inspector and Tony find their way to the pivotal clue that leaves viewers hanging, wanting to know more. All the build up has paid off in that moment.

Writer-executive producer-siblings Harry and Jack Williams ratchet up the tension with their time shifts, revealing possible clues to mysterious disappearance along the way. The happy moments leading up to Oliver’s vanishing become almost unbearable to watch in retrospect. The Hughes seem like just another happy family on holiday until that day in northern France.

A fateful call back to work and a broken down car later and their fortunes change overnight.

The first installment also establishes several other keys players, with their own mysterious motivations. There’s a journalist (Malik Suri) writing a book about the disappearance, and Khalid Ziane (Said Taghmaoui), an inspector working the case. Emily’s concerned father and mother arrive in France, and they meet a British detective Mark Walsh (Jason Flemyng), that Emily is preparing to marry eight years later.

As the lead detective points out early on, odds of a happy ending decrease the longer the person is gone. By the time “The Missing” begins, eight years have passed since the 2006 disappearance. The police and townspeople have gone on with their lives, but not Tony.

Also read: Starz’s ‘The Chair’ Winner Shane Dawson Is Proud He ‘Didn’t Hate or Attack Anybody’ to Win

The father keeps visiting France, inspector Baptiste explains to his wife, because that way he can believe his son is not gone, that somewhere he is 13 years old.”

Nesbitt, who has appeared in “The Hobbit” movies and “Jekyll,” does a convincing job as the distraught father, laying it on slightly thick with the drinking, and O’Connor is equally fine as the loving mother, who later tries to cover up her anguish from her new husband to be. Child actor Oliver Hunt is almost impossibly good in his scenes.

There have been an awful lot of movies and shows about lost children, but “The Missing” elevates the familiar dynamic to a new level with a gut wrenching mystery. By the end of the first episode, you really want to know what happened to the tyke while dreading where the answer might take you.

“The Missing” debuts Saturday at 9 p.m. on Starz.

Diane Garrett, formerly senior editor of TheWrap, has written for the L.A. Times, Variety and Movieline in addition to TheWrap and once served as a fact checker for TV Guide. She began reviewing for an alt-teen monthly shortly after moving to L.A. Nowadays, she's never far from digital devices.
x
Looks like you're enjoying reading