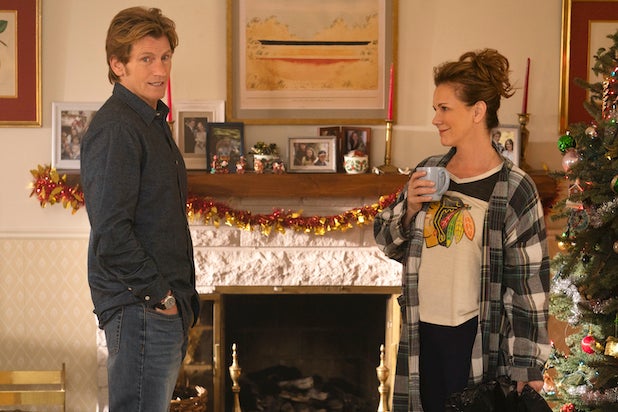 “The Moodys,” starring Denis Leary and Elizabeth Perkins, has been renewed for a second season by Fox, the broadcast network announced Friday.

The six-episode debut season of the comedy series, which follows “a tight-knit, but slightly dysfunctional, family through their misadventures,” aired last December and focused on the Moodys at Christmastime.

The second season is slated to premiere during the upcoming 2020-2021 season and will continue to focus on the family, but take their story beyond the holiday season, a Fox spokesperson tells TheWrap.

Also Read: 'The Moodys' Bosses, Star Elizabeth Perkins on Why Their Moody Holiday Series 'Hopefully' Won't Bum You Out

“With ‘The Moodys,’ we set out to brand the holidays in the only way Fox can – bold and unconventional. What we ended up with was a special show – and a family – everyone at the network fell in love with,” Michael Thorn, president of entertainment at Fox Entertainment, said in a statement. “Bob Fisher, Rob Greenberg and Tad Quill perfectly captured the hysterics of Christmas, with sharp banter and real moments of family togetherness brought to life by Denis Leary, Elizabeth Perkins and the rest of the incredible cast. Eric and Kim Tannenbaum and CBS Television Studios have been great partners on this series; and, simply put, we’re looking forward to The Moodys’ future adventures.”

“The Moodys” stars Leary as Sean Sr. and Perkins as his wife, Ann, who are the parents of Dan (Francois Arnaud, “Midnight, Texas”), the youngest of the Moody siblings and the “creative one,” Bridget (Chelsea Frei, “Sideswiped”), the middle sister and the “overachiever,” and Sean Jr. (Jay Baruchel, “Man Seeking Woman,” the “How to Train Your Dragon” franchise), the oldest sibling and “screw-up,” still living at home with his parents.

“The Moodys” hails from CBS Television Studios and Fox Entertainment.