I, as many of my peers, decided on my career pursuit because of my early childhood movie memories. John Williams’ “Star Wars,” Alan Silvestri’s “Back to the Future,” Nino Rota’s “The Godfather” and countless other film scores filled my head with melodies that were so powerful and iconic, that I decided, “That’s what I want to do with my life.

The music of television of the ’70s and ’80s was equally as influential. Who can forget the music of “Magnum PI,” “Dallas.” “Miami Vice”? I’m speaking as one of the many composers who write for both film and television, enhancing the many great films and television shows that are produced in Hollywood with our music, adding an additional layer to complete the storytelling.

It seems at one time, a composer had to choose which path to pursue — film or television. I was many times given the advice, “Don’t do television if you want to score features.” But these days, the lines are more blurred than ever. You have Oscar-winning film composers scoring television shows and receiving Emmys for their outstanding work. Oscar winning actors, directors and producers that are titans of film are now making a big impact on the small screen.

Throw in all the new digital streaming services, and it seems the lines between all mediums are becoming even less distinct. Nowadays, more than ever great stories are what attract audiences, and their viewing habits are changing rapidly.

Now, back to the process of writing music for these mediums. There was a time in the not so distant past when film meant live orchestra and television meant synth score. Process-wise, it usually starts the same way. A composer sits down with the director and producer, spots the film for music and discusses what the music should be doing.

By this point the project will usually have a temp score (which is a whole other article in itself). Oddly enough, with all of the crossover between film and television, the temp score is almost always from a film. So, I would say this is a big picture idea, but everyone wants their project to sound cinematic, like a film.

I’ve not once had a producer say, “I want my film to sound small like a TV show.” This may be just remnants of the old way of thinking, where there was some type of distinction between the two.

But the music is always there to support the story and drama, these days sometimes as minimally as possible.

As a composer, it is much more difficult to be as melodic as we would sometimes like. These days, in both mediums, it’s sometimes about sound and textures as much as notes and melodies. This may be a temporary fad or the future, who knows? Many of my peers, I’m sure, long for the days of a good melody.

The topic of melodies leads to one of the few differences between film and television scoring. In long form television, composers must be creative and subtle with melodic material, as you need to spread it out over 13 or 24 or more episodes, and a theme can get old very quick to the point of parody, if overused on the arc of a television show.

One good melody can carry a whole film for two hours, but in serialized television, it needs to be developed and expanded so to not wear out its welcome. This concept is even more apparent with Netflix and their original programming. While an episode might have seemed musically perfect for an hour a week, when viewers stream 13 episodes in a row with no commercials in between, that melody used might really begin to grate on someone by the last episode.

On the broadcast side, television has a few things inherent to the medium — music when coming back from commercials and music going out to breaks. This required writing certain short types of cues, which are generally thought of as bumpers and looked down on in the film world. This isn’t as much an issue anymore, because HBO and Netflix and many other outlets for television don’t have that structure, so the differences are again smaller.

Television usually means faster deadlines with new episodes every week there is less time to second-guess the music. In film, generally the director is calling the shots while in television the producers have more say on the score, where the directors are usually onto the next episode and therefore have less time to spend with the music.

What this means for the composer is that there are generally more opinions than ever in television. You have many people that you need to please, sometimes with radically differing opinions. So you, as a composer, have to be a musical problem solver to distill what each opinion means and somehow, while still putting your personal stamp, make everyone satisfied.

As further evidence of the changing of the tide, in my own personal experience, on a recent television project, I’ve had a few directors whose films I’ve scored now directing episodes of a show.

At the root of it all, music, whether written for film or television, is there to support the story. It is there to heighten the action, enhance emotions and add another intellectual layer. This may be done with an orchestra, a piano, a synth and drum machine, or whatever else. This I feel will never change, regardless of the medium.

A composer, whether working on a film or television show, is a dramatist first and foremost. And technology, we hope, will never change that. Music can bring you back to your favorite film or show and elicit memories and emotions in all of us. It is a gift that we are all so grateful to be able to share.

So, the times they are a changing, but the song remains the same…

BIO Jeff Cardoni
Jeff Cardoni’s talents range from intimate independent fare to full orchestral majesty. With over 30 feature film scores, including "Just Friends," "Harold & Kumar Escape from Guantanamo Bay," "Firehouse Dog",, and several network series, such as "CSI: Miami," "The Defenders" and "The League" to his credit, one can hear his work worldwide every day. Recent scores include the Oscar-winning Davis Guggenheim-directed documentary "Teach," the new drama series "Full Circle," written by Neil Labute, and the upcoming "The Michael J Fox Show. Film slates for release fall 2013 include the drama "A Perfect Man," starring Liev Schreiber, "The Secret Lives of Dorks" and "Authors Anonymous.” 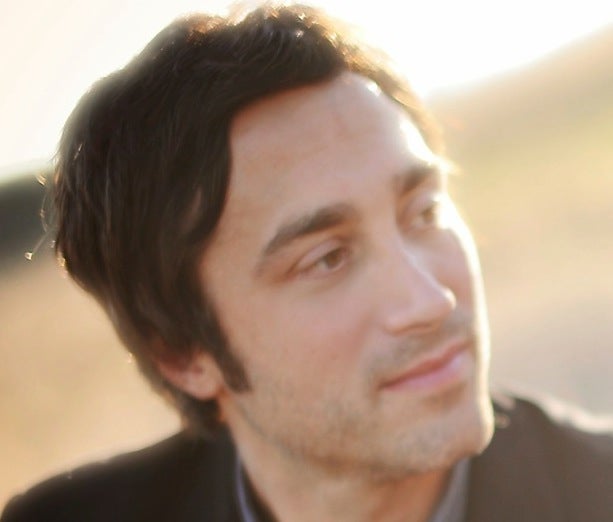 Jeff Cardoni’s talents range from intimate independent fare to full orchestral majesty. With over 30 feature film scores, including "Just Friends," "Harold & Kumar Escape from Guantanamo Bay," "Firehouse Dog",, and several network series, such as "CSI: Miami," "The Defenders" and "The League" to his credit, one can hear his work worldwide every day. Recent scores include the Oscar-winning Davis Guggenheim-directed documentary "Teach," the new drama series "Full Circle," written by Neil Labute, and the upcoming "The Michael J Fox Show. Film slates for release fall 2013 include the drama "A Perfect Man," starring Liev Schreiber, "The Secret Lives of Dorks" and "Authors Anonymous.”
x
Looks like you're enjoying reading