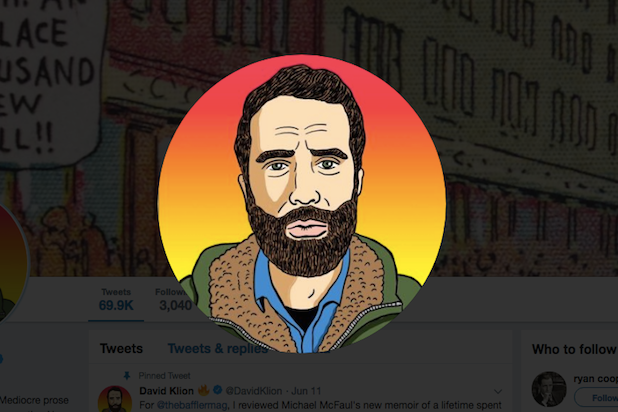 David Klion, a left wing journalist and contributor for The Nation found himself in Twitter jail for 12 hours after tweeting out Stephen Miller’s cell phone number. The writer said he obtained the number from Splinter, which doxxed the senior White House aide in this article.

Miller’s cell number was disconnected as of 4 p.m ET Wednesday when TheWrap tried to call.

In an interview with TheWrap, Klion — who has also written for the New York Times and The Guardian — said he had no regrets about his decision to employ the move, which many online view as a nuclear option.

Klion also said that Miller’s status as a high public official made him fair game in a way which was different from the many right-wing doxxing campaigns against journalists.

“Power differentials matter here and Stephen Miller is one of the most powerful people in the country. He is the architect of these inhumane policies. There is a power imbalance,” said Klion. “Anything that allows us to speak directly to the most powerful people behind this is something I would support. Doxxing a random person or a journalist is not something I would support.”

A rep for Twitter did not immediately respond to a request for comment, but the company told Klion in a private message that he could not “post other people’s private information” without their permission.

Several other journalists who also tweeted the number were temporary suspended on the the platform, including Gizmodo night editor Tom McKay.

Also Read: BuzzFeed Editor: 'All I Want For Christmas Is Full Communism Now'

“I was put in twitter jail for posting: ‘open your mouth and close your eyes and dial 202-881-8641 for a nice surprise.'” he told TheWrap. “Twitter jail is not so bad, actually. I can’t post for 12 hours which should be enough to restitch some of my neurons back together.”

Unlike more severe suspensions, Twitter’s 12-hour time out is often employed for a variety of low-level offenses on the platform. Many have complained in the past that the punishments is often handed down capriciously or without clear guidelines.

Klion told TheWrap that he was still able to direct message mutual followers and was able to see his feed and notifications. He was only blocked from tweeting, retweeting, liking and following.

Doxxing has a long history on the Internet, but has come to increased public prominent with the rise of Donald Trump. During the campaign Trump famously read out Senator Lindsey Graham’s phone number on live television to a crowd of supporters. Right wing media figures accused the Huffington Post of doxxing Twitter troll Amy Mekelburg. earlier this month, resulting in a counter-doxxing campaign against the piece’s author Luke O’Brien.