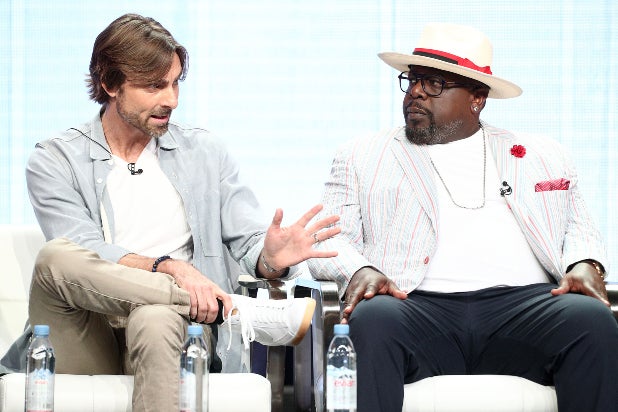 Jim Reynolds, the showrunner on CBS hit comedy “The Neighborhood,” has stepped down, a person with knowledge of the situation confirmed to TheWrap. A second individual told TheWrap the departure followed workplace complaints from some of the writing staff.

Complaints about Reynolds centered on his management style and handling of race-related issues, according to multiple media reports. Two Black writers who shared critical feedback with the studio left the show after Season 3, the outlets wrote.

“At this moment, in light of everything going on in the world, I had concluded that I am not the right person to continue to tell these stories,” Reynolds (pictured above, left, with series star Cedric the Entertainer) said as part of a statement shared with multiple media outlets.

His full statement reads: “I am very proud of ‘The Neighborhood’ and have given everything of myself over the last three years to make this the best show possible. I am so happy that the show has found such an enthusiastic audience and that it will live on. At this moment, in light of everything going on in the world, I had concluded that I am not the right person to continue to tell these stories. I am excited to see the show thrive and wish everyone involved the very best.”

Prior to “The Neighborhood,” Reynolds was a co-executive producer and writer on CBS comedies “9JKL” and “The Big Bang Theory.”

“The Neighborhood,” which is CBS’ No. 2 comedy behind “Young Sheldon,” was renewed for a fourth season in February. The sitcom is “about what happens when the friendliest guy in the Midwest (Max Greenfield) moves his family to a neighborhood in Los Angeles where not everyone looks like him or appreciates his extreme neighborliness,” according to CBS’ logline.

CBS declined comment on this story. A rep for Reynolds did not immediately return our request for comment on the complaints about his client.