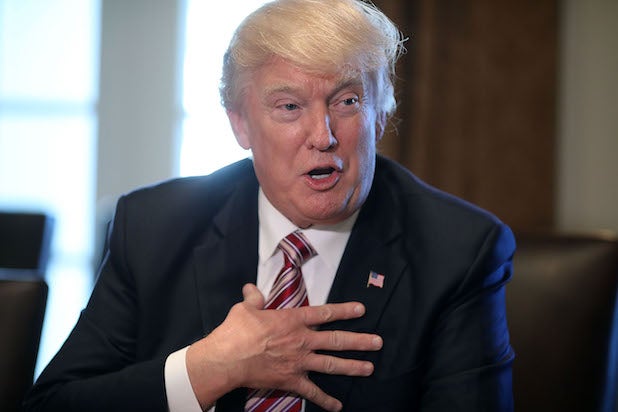 Next week’s cover of The New Yorker features an illustration of President Trump playing golf on the White House lawn. The cover story’s titled, “Broken Windows.”

“I see that the word ‘duffer’ is defined as ‘a person inexperienced at something, especially at playing golf,’ artist Barry Blitt told the magazine about his cover.

Blitt continued: “That’s the word that comes to mind as I watch President Trump ploughing one drive after another through the glass windows of American politics.”

Trump famously criticized former President Obama for playing too much golf when he was POTUS, but Trump has been playing golf on a regular basis himself since Inauguration Day. White House Press secretary Sean Spicer recently attempted to defend the hypocrisy, saying Trump conducts work-related meetings on the course.

Trump is known for having stacks of magazines in which he is featured on the cover on his Trump Tower desk, both negative and positive.

It will be interesting to see if Trump mocks the illustration on Twitter when he becomes aware of it.