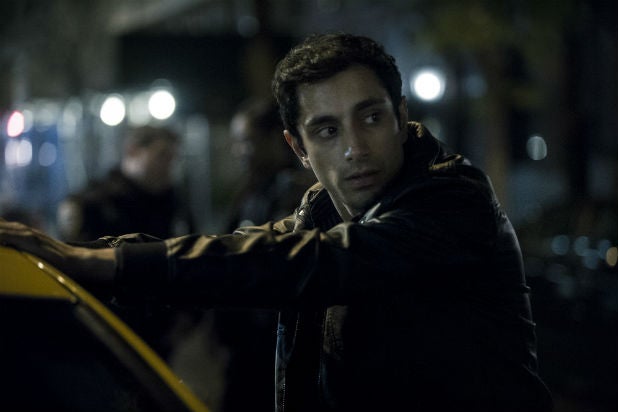 Like many a Manhattan crime story before it, HBO’s “The Night Of” saves an essential role for a yellow cab.

Although the taxi is significant to the plot of the new limited series, you might wonder if doesn’t stretch reality when it comes to modern city living.

To put it simply — it’s the 21st century, why is no one taking Uber?

“Night Of”‘s premiere introduces us to Nasir “Naz” Kahn (Riz Ahmed), a 22-year-old Pakistani-American student who lives with his family in Queens. A last minute party invitation gets Naz amped up for a night out–  until his ride cancels, inspiring him to steal his father’s cab and flee.

It’s a move that sets off a series of unfortunate events, ending with Naz as a prime suspect in the murder of Andrea Taylor, an attractive but damaged young woman who mistakes our protagonist for an on-duty cab driver. Does this serve the plot? Absolutely. Would cab theft be the only transport option for a college kid in 2014? Nope.

Rideshare app phenomenon Uber had considerable marketshare in New York City and surrounding boroughs at the time, and had gained even more popularity for offering their UberX service — where drivers offer rides in their own cars at rates considerably cheaper than cabs.

From 2014-2015, Uber pickups increased to 3.82 million in Manhattan while yellow cab pickups decreased by 3.83 million, according to data released by the Taxi & Limousine Commission.

It’s also worth mentioning that about five characters (though it feels like 25) remark that Naz’s “Off Duty Light” is not switched on, the reason several pedestrians mistake him for an active cabbie and get in the car (including the show’s murder victim). Of course cabs are still everywhere in New York, but when was the last time you heard someone say “Off Duty Light”?

The Uber absence might create a plothole for some, but the yellow cab significance is serving the narrative — apparent or not.

Menon also adds that Naz’s father owns a piece of the cab with two other friends, who all drive in shifts — and apps like Uber threaten that economic and cultural model.

“It’s a really significant aspect that [Naz’s] father shares the cab with several other people within the community. It ends up showing a very specific type of immigrant experience that over time will likely disappear or change with the advent of Uber and just the structural difference that it exists in,” he said.

“The Night Of” airs Sundays on HBO.