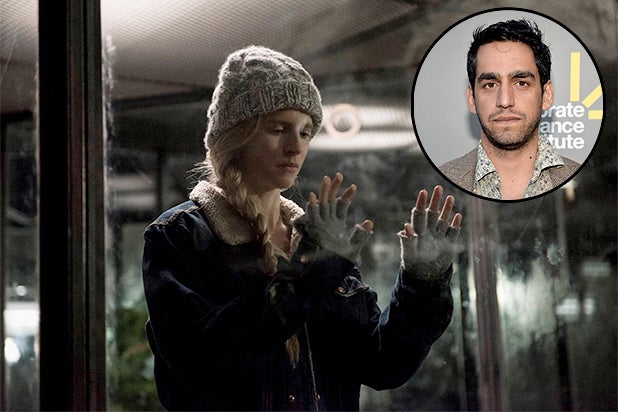 Netflix surprised audiences Monday when it dropped a trailer for a mysterious new series, which was premiering that very same week, on Friday.

“The OA,” about a blind young woman who returns to her hometown seven years later with her sight restored, seems to be as enigmatic as its marketing campaign.

To co-creator, writer and director Zal Batmanglij, who developed the show with series star and frequent collaborator Brit Marling, that’s just the way he likes it.

“It’s so much more fun to discover it, don’t you think?” the filmmaker told TheWrap. “It’s even cooler to not know anything, to have not even seen the trailer. That’s what I’m excited about. Since Netflix is such a large platform, I imagine there will be a bunch of people who have never seen anything about it, who will watch it. I think that’s exciting.”

For Batmanglij and Marling, who began developing the story of “The OA” back in 2012, it’s their first foray into television, having previously collaborated on two features, “The Sound of My Voice” and “The East.”

For the filmmaking duo, it was a deliberate step in a new direction.

“We spent a lot of time on the mechanics of it, the puzzle of it, the mystery of it,” Batmanglij said. “We didn’t want to tell a story that started out mysteriously but then couldn’t resolve itself. Whether it was in its own first year or in future incarnations… Historically, [TV has] been a medium where you create a proof of concept and then the show is greenlit or redlit, depending on how that proof of concept works. Therefore, almost all the main characters are almost always in that proof of concept. We see a long of similarities between the longform format and the novel, and in the novel, you don’t have all your main characters in the first chapter, so we thought, why don’t we try to tell a longform story that mirrors more the experience of a novel?”

Since the trailer dropped, people couldn’t help but notice the mystery and sci-fi elements of the series may have similarities to another recent Netflix hit, “Stranger Things.”

“I love that show, it was made by my friends Ross and Matt [Duffer],” Batmanlij revealed. “Our shows were greenlit at the same time. We used to go to a Mexican restaurant once a month and sort of commiserate over whether we had bitten off more than we could chew [laughs]. But we never talked to each other about each other’s stories. I was surprised when the show came out and I was blown away by it.”

“Stranger Things” is in production on Season 2, and Batmanlij says he and Marling are in good shape if Netflix picks up their show for a second season.

“Brit and I worked very hard to make sure we weren’t in a place where we had to figure out the story if it needed to continue,” he said. “We did a lot of that hard work in the years before we even ever pitched it to anybody.”

“The OA” is now streaming on Netflix.