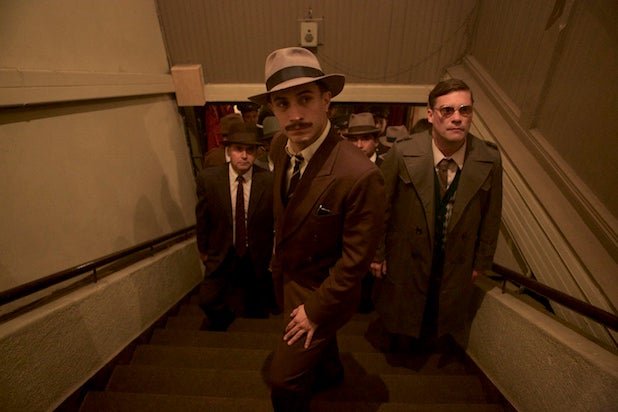 The Orchard has acquired the North American distribution rights to Pablo Larrain‘s “Neruda” from Participant Media, the latter announced Saturday.

“Neruda” premiered on Friday at Cannes Film Festival, and the director was last in Cannes with “No,” which went on to receive an Academy Award nomination for Best Foreign Language Film.

The film is set in 1948 shortly after the Cold War has reached Chile. Senator Pablo Neruda accuses the government of betrayal and is therefore impeached by President Videla. Trying to flee the country with his wife, they are forced into hiding and he sees this as the perfect opportunity to reinvent himself, playing a cat-and-mouse game with the Prefect.

“‘Neruda’ blew us away, full stop,” Paul Davidson, executive vice president of Film and TV at The Orchard, said. “Pablo has created a lush, layered film of beauty filled with amazing performances and a style so unique and compelling. We are ecstatic to have the opportunity to be a part of this film’s journey to audiences and work with Pablo and our good friends at Participant.”

The deal was negotiated by The Orchard with CAA and Participant Media on behalf of the filmmakers. Funny Balloons is handling international sales.

The Orchard plans a fall release for “Neruda” for awards consideration.