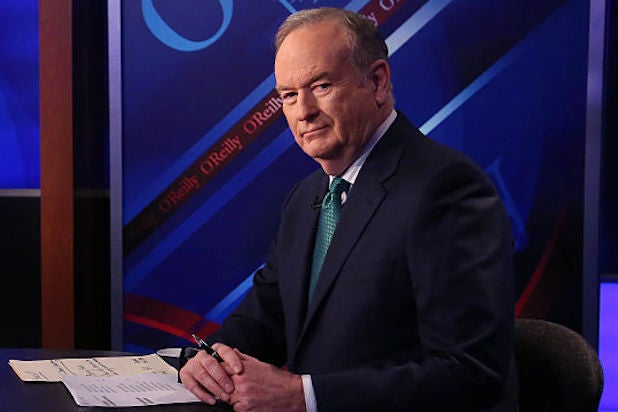 The number of ads that run on “The O’Reilly Factor” has been steadily declining as a growing amount of companies boycott the show amid the Fox News host’s sexual harassment scandal.

Only seven advertisements aired during Thursday’s show, according to CNN Money. At one point host Bill O’Reilly threw to a commercial break only to return after a single one-minute ad. Among the companies still advertising on the show are Coventry and the Life Credit Company.

CNN also points out that breaking news coverage of the U.S. airstrikes in Syria pre-empted the last 15 minutes of the show, reducing the overall number of ads. Wednesday’s episode aired a total of 22 commercials, down from the show’s typical average about 40.

As TheWrap has previously reported, dozens of advertisers have removed their ads from airing during “The O’Reilly Factor” following a New York Times report over the weekend which revealed that Fox News and O’Reilly have settled lawsuits with five women accusing the host of sexual harassment or other misconduct.

More than 60 companies have pulled out from the show since Saturday, and the Washington Post reports that some of the companies still advertising on the show are only doing so because they are locked into previously agreed upon ad-buys.

TheWrap reported on Thursday that two companies — Crowne Plaza hotels and MyPillow — had their ads played on “The O’Reilly Factor” on Wednesday night despite their explicit requests to the contrary.