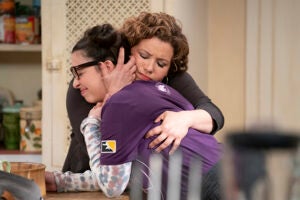 Ratings: ‘Big Brother’ Can’t Save CBS From Soft ‘One Day at a Time’ Broadcast Premiere

The Pandemic Broke Disney: Can Streaming Fix It?

Disney was already staking its future on Disney+. Now it’s hoping it can rescue its present.

COVID-19 has battered Disney all year by shutting down its theme parks, keeping theaters closed and accelerating the shift away from the cable bundle. But Disney+ has been a lone bright spot, establishing itself as a formidable challenger to Netflix’s throne as it heads into its first birthday.

On Monday, Disney+ was put at the center of the Magic Castle.

Disney announced a new organizational structure that includes the creation of a Media and Entertainment Distribution group that will oversee the operations for all of Disney’s streaming services, including Hulu and ESPN+. Its main goal will be figuring out the best platform for Disney’s content, no matter which studio it comes from. That group will be led by a relative unknown, Kareem Daniel, who most recently served as president of consumer products, games and publishing.

At the same time, Disney is putting all of its content development into three buckets — studio (film studios), general entertainment (TV studios) and sports (ESPN) — meaning that Disney+’s content decisions will no longer be made separately from Disney’s other platforms. Agnes Chu, who had been leading Disney+’s original content efforts alongside Ricky Strauss, left for Conde Nast this summer.

In a research note on Tuesday, LightShed analysts Richard Greenfield, Brandon Ross and Mark Kelly argued that the new structure doesn’t mean that Disney is all of a sudden going to forget about its theatrical and cable businesses.

“It is not clear to us that anything significant is going to change in the short-term. ‘Hamilton’ and ‘Soul’ went straight-to-Disney+ and ‘Mulan’ to Disney+ via Premier Access due to the pandemic with a dire need for fresh streaming content, not because the creative teams believed direct-to-streaming was the best way to monetize the content,” they wrote. “General entertainment led by (Peter) Rice might be the one place where the shift to streaming is accelerated by the new structure, as it appears increasingly obvious that new content is not working on linear TV, providing a more compelling rationale for shifting content to DTC streaming platforms around the world.”

Disney is latest company to separate content development from distribution, which leaves open the question as to who makes the final call on whether or not a film gets distributed in theaters or on Disney+ or Hulu. Daniel’s team is in charge of all distribution, but neither he nor direct-to-consumer head Rebecca Campbell come from a programming background. It’s hard to imagine that the content chiefs won’t have a say in where their content is placed, even as Disney is openly signaling its all-in streaming push.

“The creative heavyweights Alan Horn and Alan Bergman (film studio), Peter Rice (TV studio) and Jimmy Pitaro (Sports) did not like that streaming content decisions were being made away from them,” LightShed’s analysts added. “Those core creative teams are now in charge of what content gets made for all of Disney’s platforms. So Horn and Bergman decide if a movie goes through the traditional sequential release pattern.”

In August, Disney+ surpassed 60 million subscribers around the world, a number it was not expecting to hit until 2024. But while Disney+ has surpassed its already-lofty goals, it still remains a drag on the company’s balance sheet. At the same time it reported that high subscriber total, Disney also reported that the direct-to-consumer segment took an operating loss of more than $700 million. Streaming wasn’t supposed to turn a profit for Disney until 2024.

But now that Disney+ growing faster than expected — and the rest of its business is leaking like a sieve — Chapek really needs to speed up that timeline.

The parks division lost out on $3.5 billion in operating income for its fiscal third quarter, which ended June 27. Overall, Disney’s parks business pulled in just $983 million during the quarter, which was an 85% slide compared with the $6.6 billion in revenue the parks earned during the same period last year. That’s coming off a second quarter in which it took a $1 billion hit earlier this year. Disney had to cut around 28,000 jobs earlier this month, blaming California’s reluctance to allow them to reopen Disneyland, which has remained closed since March.

While the theme parks have been hit, the studio division has been on the shelf since Pixar’s “Onward” had its theatrical run short-circuited by the pandemic in March. Outside of “The New Mutants,” a film Disney acquired in its Fox deal, Disney has either delayed or rerouted films to Disney+. Pixar’s next film, “Soul” will now debut Christmas Day on Disney+, a month later than it had been initially scheduled in theaters.

Disney was facing pressure from investors to push even harder towards streaming. Dan Loeb, the founder of hedge fund Third Point, which owns around 5.5 million shares in Disney, pleaded with Chapek to double its investment in original content for Disney+, going as far as to suggest they should use their annual $3 billion dividend to do so.

Also Read: Newsom: California in 'No Hurry' to Reopen Disneyland, Other Theme Parks

“With Disney’s superior tentpole franchises and production capabilities, we believe that the company can exceed the subscriber base of the industry leader, Netflix, in just a few years,” Loeb argued. “But time is of the essence and the company should consider significant additional investments in content both through production and acquisitions here and abroad.”

The pandemic has supercharged the shift towards streaming, which now boasts around seven top-tier streaming services, with ViacomCBS’ upcoming rebrand of CBS All Access into Paramount+ set for early next year.

“Disney has proven to the Street that Disney+ is a big enough lifeboat to help the company reach the other side of this media landscape upheaval in a strong position,” MoffetNathanson analysts wrote earlier this month. “This has allowed Disney to be more positioned in a “growthier”bucket with other growth companies like Alphabet, Amazon, Spotify and eBay.”

After a shaky start, Disney+’s original content pipeline is starting to increase. The National Geographic-produced adaptation of Tom Wolfe’s “The Right Stuff” debuted last Friday. The second season of “The Mandalorian” premieres in a few weeks, followed by its first Marvel Studios series “WandaVision” (the first MCU anything in more than a year) coming in November or December. The aforementioned “Soul” opens on Christmas Day.