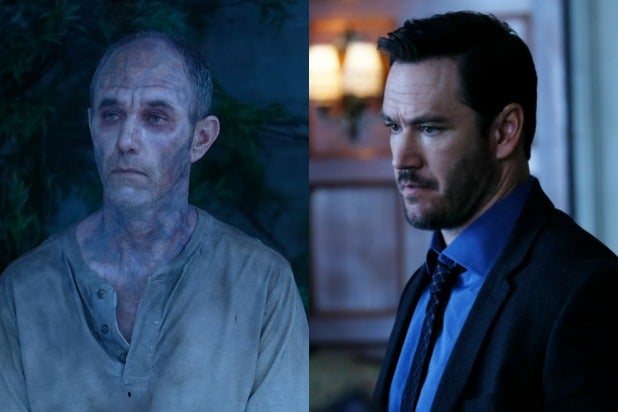 But “Buffy the Vampire Slayer,” “Vampire Diaries,” “Twilight” or Anne Rice fans tuning in might be in for a rude awakening when they meet the fictional bloodsuckers star Mark-Paul Gosselaar tells TheWrap are “nothing like the vampires we’re familiar with.”

Based on author Justin Cronin’s best-selling trilogy of the same name, “The Passage” focuses on Project NOAH, a secret medical facility where scientists are experimenting with a dangerous virus that could lead to the cure for all disease, but also carries the potential to wipe out the human race. When a young girl, Amy Bellafonte (Saniyya Sidney), is chosen to be a test subject, Federal Agent Brad Wolgast (Gosselaar) is the man who is tasked with bringing her to the facility — a facility that houses a “dangerous new race of beings” aka the vampires.

But, again, these vampires are different from the vampires you’ve seen before.

“Rereading a text that I got from Justin Cronan — because we text quite a bit — he says, ‘This is a vampire story, but these are real ones. These are humans transformed by a virus,'” Gossellar told TheWrap. “This is based on a vampire myth, but they’re not the Romeo, sparkly-type vampires we’ve seen in the past. They’re uber-predators that are stronger, faster, lethal — and they’re indiscriminate. So it’s nothing like the vampires we’re familiar with, yeah.”

All that said, Gosselaar noted he doesn’t “like to ever compare things.”

“Like, ‘Oh, this is the next ‘Walking Dead’ or ‘If you’re a fan of ‘The Walking Dead,’ you should be a fan of this,'” he said. “‘Cause there’s the apocalyptic nature of or show, eventually, that’s going to consume our storytelling. But I try not to compare because, yeah, I don’t ever look at it and go, ‘This is very similar to ‘Interview With a Vampire.'”

“I think Justin has created these beings in a vampire story, but kind of made it into his own and they’re humans transformed by a virus rather than someone who is turned off by garlic and crucifixes.”

“The Passage” premieres Monday at 9/8c on Fox.