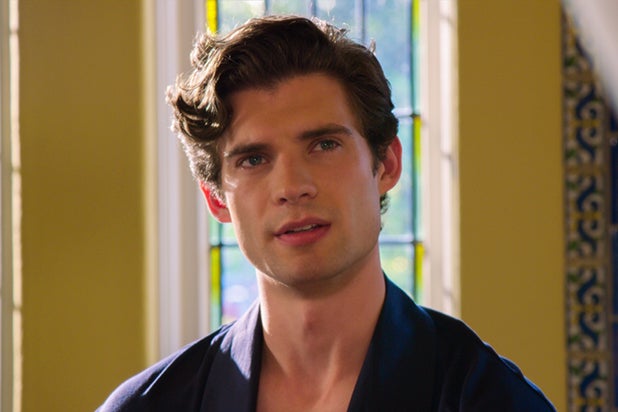 “The Politician’s” David Corenswet is staying in the Ryan Murphy family — and the Netflix one — as the actor has been cast as a lead on the prolific producer’s upcoming series “Hollywood.”

He will star opposite Darren Criss on the drama and also executive produce the show, a spokesperson for the streaming service tells TheWrap.

“Hollywood,” which is co-created by Murphy and Ian Brennan, received a straight-to-series order at Netflix back in February. Earlier this month, it was revealed Criss would star on and executive produce the show. Other cast members include Holland Taylor and Patti LuPone.

Little else has been revealed about “Hollywood,” except that Murphy calls it “a love letter to the Golden Age of Tinseltown.”

The show is one of many projects Murphy has set up at Netflix since signing his mega-deal with the streaming service in February 2018, including “The Politician,” “One Flew Over the Cuckoo’s Nest” prequel “Ratched”  starring Sarah Paulson, a series adaptation of “A Chorus Line” and a limited series biopic about the designer Halston, starring Ewan McGregor. He is also developing several documentary series, including one about a lesbian couple who came out in their 80s and another, a 10-part project about Andy Warhol.

On the film side, Murphy is set to direct an adaptation of the play “The Boys in the Band” with its starry 2018 Broadway revival cast and produce an adaptation of the Broadway musical “The Prom” starring Meryl Streep, Nicole Kidman, James Corden, Ariana Grande, Awkwafina, Keegan-Michael Key and Andrew Rannells.

Corenswet will next be seen in Murphy’s “The Politician,” which stars Ben Platt, Gwyneth Paltrow and Jessica Lange and launches Friday on Netflix.