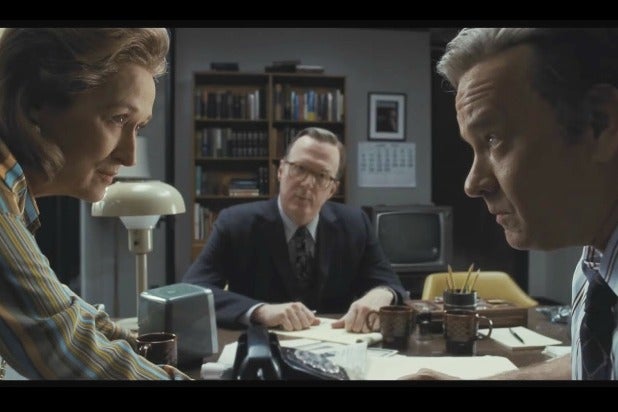 Four films will try to knock “Jumanji: Welcome To The Jungle” off the No. 1 spot at the box office on Martin Luther King weekend, as 20th Century Fox’s “The Post” expands nationwide after posting strong numbers in limited release, while “Paddington 2,” which is being released by Warner Bros. after the studio purchased it from The Weinstein Company, leads this weekend’s new releases.

“The Post,” which started on nine screens last month before expanding to 36 in major cities this past weekend, has grossed $3.8 million so far in limited release. That includes per screen averages of over $80,000 on the four-day Christmas and New Year’s weekends, which is a strong start for an awards contending film. Though the film came up empty handed at the Golden Globes on Sunday (despite Seth Meyers’ joke predicting the contrary), the film’s timely story of journalists holding government accountable should give it a strong launch in wide release, with trackers projecting a $20 million four-day haul, with Fox projecting a high teens start from 2,820 screens.

Directed by Steven Spielberg, “The Post” tells the story of how The Washington Post transformed from a local paper for the nation’s capital into a leading national outlet as it fought the Nixon Administration to publish the Pentagon Papers that exposed the lies surrounding the Vietnam War. Tom Hanks and Meryl Streep star as WaPo’s Editor-in-Chief Ben Bradlee and majority owner Kay Graham. Bob Odenkirk, Sarah Paulson, Tracy Letts, and Bradley Whitford also star. Josh Singer, who won an Oscar for his work on “Spotlight,” penned the script with Liz Hannah.

Also projected by trackers for $20 million openings are two very different new releases, “Paddington 2” and “Proud Mary.” “Paddington 2” will be the first release for Warner Bros. this year after a strong 2017 that saw its domestic box office returns rise above $2 billion for only the second time in studio history — though that didn’t stop the studio from announcing big changes in their top leadership on Tuesday.

While “Jumanji: Welcome To The Jungle” has been a major family audience draw over the holiday season, there hasn’t been a film aimed towards younger kids since “Ferdinand” came out last month. “Paddington 2” will try to fill that niche this weekend, as its predecessor did two years ago with a higher-than-expected $25 million start on MLK weekend. WB’s more conservative projection estimates a start of $15-17 million from 3,700 screens.

“Paddington 2” sees Ben Whishaw return as the voice of the famed titular bear, as Paddington is wrongfully sent to prison for stealing money after he tries to earn some cash to buy his Aunt Lucy a birthday present. Paul King returns to direct the film, as do cast members Hugh Bonneville, Sally Hawkins, Julie Walters, Jim Broadbent, Peter Capaldi, Imelda Staunton, and Michael Gambon. The film has already made $125 million overseas, including $55 million in Paddington’s country of origin, the U.K.

Meanwhile, Screen Gems’ “Proud Mary” will aim for action movie lovers and African-American audiences with a tale about a female assassin (Taraji P. Henson) whose life is turned upside down when she takes in a boy (Jahi Di’Allo Winston) she orphaned after a hit job gone wrong. Last year, films with female leads dominated both the cultural conversation and the box office, and women are having a bigger presence in genres usually dominated by men as studios have picked up films like “Atomic Blonde.” “Proud Mary” will be the first of several films in 2018 that will continue this trend, with other top actresses like Alicia Vikander and Sandra Bullock soon to take the screen in “Tomb Raider” and “Ocean’s 8.”

“Proud Mary” is looking for a $20 million opening this weekend, with Sony looking at a start in the high teens. Danny Glover and Neal McDonough also star, with Babak Najafi directing (“London Has Fallen”).

Finally, there’s Lionsgate’s “The Commuter,” Liam Neeson’s latest action film. The film sees Neeson reunite with “Non-Stop” director Jaume Collet-Serra as he plays an insurance agent who gets caught in a deadly conspiracy during a train ride when he is challenged by a stranger to identify a hidden passenger before the train reaches its last stop. The film is projected to make $12-14 million from 2,800 locations this weekend.