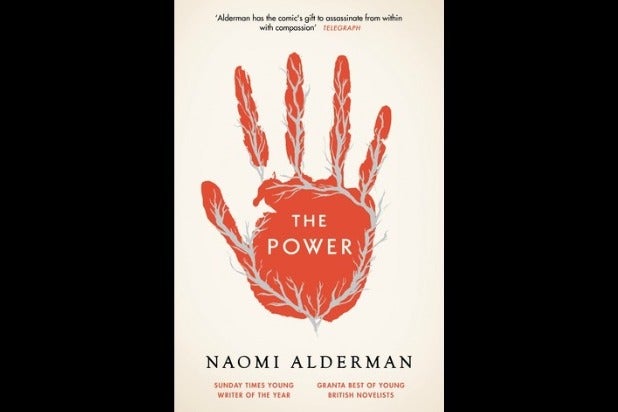 Amazon has ordered “The Power” to series, the studio behind Prime Video said on Wednesday at the Television Critics Association press tour.

In the adaptation of Naomi Alderman’s novel, “suddenly, and without warning, all teenage girls in the world develop the power to electrocute people at will,” per its logline. “It’s hereditary, it’s inbuilt, and it can’t be taken away from them.”

The TV version, also written by Alderman, will be in 10 parts. She also gets an executive producer credit.

“‘The Power’ is a timely, provocative series that will powerfully resonate with the book’s passionate fans worldwide,” said Jennifer Salke, head of Amazon Studios. “We’re delighted to be working with renowned writer Naomi Alderman, the talented team at Sister Pictures led by Jane Featherstone and the visionary Reed Morano, to bring this thrilling, multi-layered series to our Prime Video members around the world.”

Among its many accolades, “The Power” made President Barack Obama’s list of his favorite books of 2017.

“I’m thrilled beyond words that ‘The Power’ will be broadcast around the world by Amazon,” added Alderman. “Jennifer Salke and her team have had a huge and obvious passion for the project from the very first meeting – as well as a vision for how the show can reach the widest possible audience. The story is a global one, about the lives of women and men everywhere in the world, so I’m hugely excited that ‘The Power’ will be sparking conversation and debate essentially… everywhere. We’re going to make something revolutionary and, dare I say it, electrifying.”

“From the moment we read Naomi Alderman’s propulsive, illuminating and ground-breaking novel, the whole team at Sister Pictures knew we wanted to work with her to bring it to life,” said Featherstone de Pear of Sister Pictures. “We are so delighted that together we have found our home at Amazon and the perfect director in Reed, where we will be able to make a show that foregrounds Naomi’s extraordinary characters as they journey through the biggest reversal in human history.”

“Naomi’s story is like nothing I’ve seen and made me feel things so viscerally that I have honestly never felt,” said Morano. “I cannot wait to dig deep with Naomi, Sister Pictures, and Amazon Studios into this profound and masterful vision of the complex dynamics of our world reversed.”