B.J. Novak’s FX on Hulu anthology series “The Premise” aims to bring humor to some of the most serious topics of our time — like gun violence — though some of its pauses are for deep thoughts and not belly laughs.

Friday, at FX’s second (of three) Television Critics Association (TCA) press tour days, reporters got the first look at the show’s trailer. The sneak peak starts off on one squirrelly fella’s “worst sex tape ever,” one that could actually bright to justice police misbehavior taking place in the background. A little later, Lucas Hedges, as an international pop star, offers to have sex with whomever ends up valedictorian of a local high school. Suddenly, studying is all the rage. 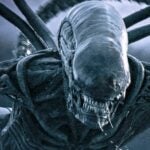 “The Premise” is described as a “bold and provocative half-hour anthology of standalone stories about the times we live in.” The logline continues: “The curated collection of character-driven episodes challenges our shared morality tales, choosing art over argument, as it engages with the most relevant and meaningful issues of the modern era.”

“Thrilled, excited, humbled — these are the words in every press release, and I can’t believe how much I actually mean them,” Novak said when the series was ordered in May. “This is my dream show, and FX is the dream place to make it. When I brought it to FX, I wondered if it went too far, and they told me, you can go further. I can’t wait to get started.”

“We have been admirers of B.J. Novak for a long time,” FX original programming boss Nick Grad added at the time. “We loved his creative twist on the anthology format, and he delivered on two phenomenal episodes. We are looking forward to going into production on the rest of the season and supporting B.J.’s ambitious vision for this project.”