A new competition series at Disney+ called “The Quest” is putting the fate of a kingdom in the hands of its contestants.

“The Quest” is a hybrid competition series that will drop eight real-life teenagers into the fantasy world of Everealm, where they must save a kingdom by fulfilling an ancient prophecy.

According to the streamer, the series “combines the best elements of scripted and unscripted content.” to create an immersive competition series where fantasy and reality collide as the teens compete in challenges in a fully-realized world of adventure.”

For thousands of years, Everealm has been a land of unrivaled beauty and powerful magic. Now, the realm is threatened by a powerful evil Sorceress. As a last hope, the noble Fates summon eight strangers known as Paladins from a world beyond to work together to fulfill an ancient prophecy and vanquish the Sorceress. The Paladins must unlock the hero within through a series of challenges that push their limits to restore balance to Everealm. If they fail, all will be lost. Heroes will rise. Kingdoms will fall.

Throughout the eight-episodes, these heroes are immersed in a fictional world come to life, complete with a castle, royals, ethereal fates, all forms of mystical creatures and a sorceress intent on destruction and power. 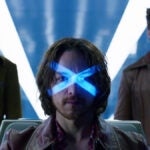 Also Read:
How to Watch the X-Men Movies in Order

A trailer for the series, which you can watch above, shows the young contestants as they are put through a series of challenges in the mystical universe of Everealm, from shooting arrows and climbing towers to making their way through an entrapping maze.

“We’re doing something magical that has never been done at this level. We’re taking real people and putting them in a fully realized fantasy story, conceived and built by incredible artisans in every department,” Fleming and Ordesky said in a statement. “It’s an immersive, real-life hero’s journey for these eight normal teenagers, who transform before your very eyes. It’s an exciting new form of storytelling.”

“The Quest” streams on Disney+ beginning May 11. 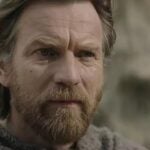