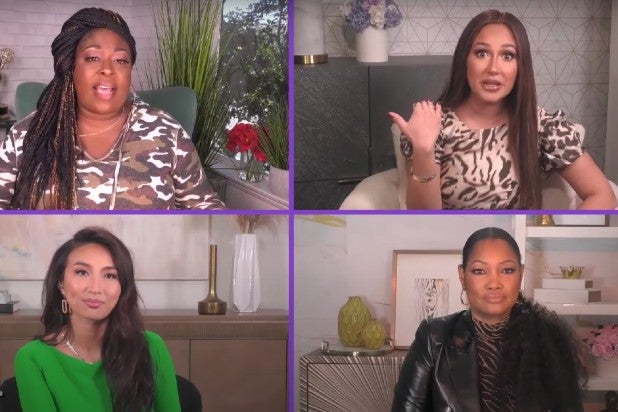 Following a spread in the March issue of Harper’s Bazaar where Martha Stewart described watching the #MeToo movement fallout as “really painful for me,” the hosts of “The Real” are calling out problems in what she said.

During Thursday’s episode, hosts Loni Love, Adrienne Houghton, Jeannie Mai and Garcelle Beauvais kicked off their Girl Chat with a discussion of Martha’s comments. During her interview with Harper’s Bazaar, Stewart revealed that she knew many of the men accused of wrongdoing personally.

“I am not going to mention their names, but I know those people very, very well, and you know the man just talks about sex during dinner. That doesn’t mean anything to me,” Stewart said.

While all four women of “The Real” agreed that Stewart’s reaction was problematic, they also agreed that it likely came from the circumstances in which she came up.

“I think that, what we don’t realize is that, to some extent, Martha is a victim of the generation and this mentality,” Houghton said. “So I think while what’s she saying may be true, I think even her normalization of it is really sad. And I think that’s why our generation needs to denormalize this kind of behavior.”

“This is the reason why you need to talk to people like her, because you want to see what women actually had to put up with,” Love added.

The hosts agreed that while internet culture might call for the “canceling” of Stewart after these comments, for seemingly downplaying the actions of those who faced ramifications, what Stewart actually needs is compassion — albeit splashed with a dose of reality.

“She’s 70-something years old, we ain’t got time to cancel Martha” Love said. “But we need to learn from her and say ‘This is not right, and this is why we not doing this.'”