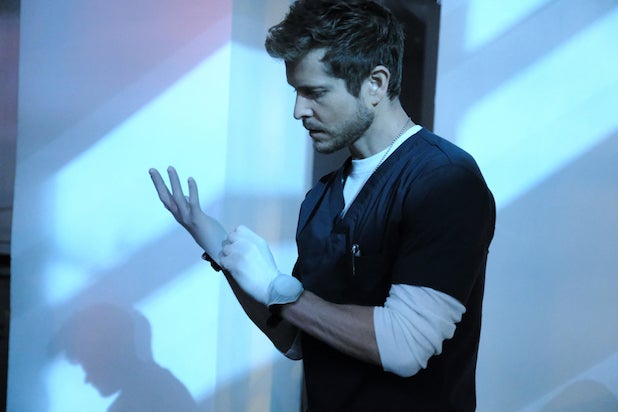 “The Resident” has been quite honest about it’s mission to “pull back the curtain” of the medical industry since before it even premiered — often using that exact expression to describe the Matt Czuchry-led Fox drama’s premise in promo materials.

And it followed through on that promise in its first season, with a finale that saw Dr. Lane Hunter (Melina Kanakaredes) — a well-respected oncologist at Atlanta’s fictional Chastain Park Memorial — arrested for committing insurance fraud by giving both sick and cancer-free patients radical levels of chemotherapy.

Now that the medical drama is entering its second season, showrunner Todd Harthan tells TheWrap the series is ready to turn the defibrillator up to 11 and shock viewers with even more dastardly doctor plot points.

“Something we want to consistently do — which I think we did last year, but will do more this year — is adding the elements of what happens in the medical world,” Harthan said, ahead of the series sophomore year debut Monday. “The things that the audience isn’t privy to or isn’t aware of that we kind of build into dramatic stories. We’re leaning heavily into that.”

Now if you’ve been a fan since Season 1 and ever checked in with the #TheResident hashtag on Monday nights last spring, you might have noticed that #MedTwitter isn’t a huge fan of the series.

And, yes, Harthan says he’s aware of the criticisms that the show is frightening viewers into thinking the worst of doctors and hospitals — but that doesn’t change the fact many of “The Resident”s storylines are “completely accurate.”

“I think it’s true of any industry, right? There’s the good, the bad, and the ugly in anything,” Harthan said. “Whether you are talking about medicine or law or law enforcement or whatever, there are curtains to be peeled back in any profession.”

“And we’re not saying that, you know, every single doctor is bad or every single hospital is making egregious errors or covering things up — but it absolutely happens,” Harthan said. “All you’ve gotta do is just a little bit of research to discover it happens all the time.”

Harthan acknowledges there are “amazing doctors and amazing hospitals that do the right thing consistently and put patients before profits.”

But his series is about showing both those heroes, like Conrad (Czuchry), Nic (Emily VanCamp), Devon (Manish Dayal), Mina (Shaunette Renée Wilson) and AJ aka The Raptor (Malcolm-Jamal Warner) — and the bad ones, like Hunter and Dr. Randolph Bell (Bruce Greenwood).

“So, yeah, it’s a raw and uncomfortable look at the medical system a lot of the time, but we also have a great deal of doctors on our show that are doing the right thing, they’re trying to right the wrongs in the system,” he said.

Harthan thinks that ultimately the complaints are a positive — because then at least people are talking about the problems.

Also Read: Not Fall TV: Here Are All the Broadcast Shows That Won't Premiere Until Midseason

“I think that’s a good thing, as far as debating, if it gets a rise out of people, if it hits a bit of a nerve with some of the good doctors,” Harthan said. “The people that are the best in their profession are probably not so happy because they think that we’re throwing them into the same pile — but that’s not our intention.”

At the end of the day, Harthan says “you can’t make everybody happy with everything you do.” “So we’ll just keep making the show the fans want to see and leave it with that.”

“The Resident” Season 2 premieres tonight, Monday, at 8/7c on Fox.