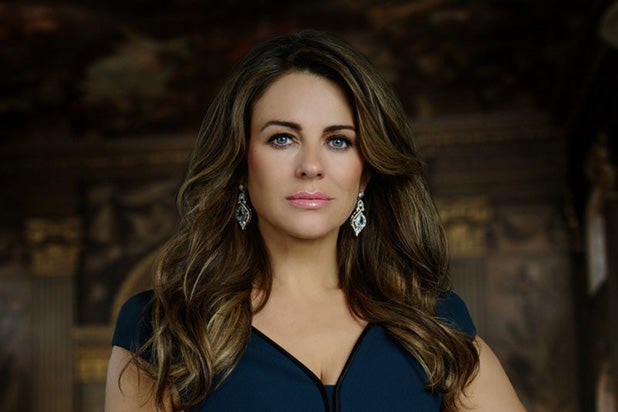 “The Royals” has been dethroned. E! has canceled the one-hour Elizabeth Hurley-led drama after four seasons.

“E! will not be moving forward with another season of ‘The Royals,’ which launched in 2015 as the network’s first original scripted series,” a spokesperson for the network said in a statement to TheWrap. “Over four seasons, ‘The Royals’ took viewers behind the palace gates on a scandalous journey filled with twists and turns. We are grateful to the cast and our producing partners at Lionsgate and Universal Cable Productions.”

The fourth — and now final — season aired between March and May, earlier this year.

Starring Hurley, “The Royals” followed a fictional modern day royal family as they find love, conspire against one another, and are forced to face long-hidden secrets, all in the name of the crown. Other stars included Max Brown, William Moseley, Jake Maskall, Tom Austen, Alexandra Park, and Genevieve Gaunt. Brian Robbins, Joe Davola and Shauna Phelan executive produced the drama.

The cancellation comes after former showrunner Mark Schwahn was fired from the series following accusations of sexual misconduct and the subsequent investigation last December.

“We have concluded our investigation and Mark will not be returning to ‘The Royals.’ The 4th season of the show has already completed production and will air as scheduled on E! in the spring,” Lionsgate, the studio behind the series, said in a statement at the time.

Schwahn was suspended last November by Lionsgate TV amidst an investigation into accusations of sexual harassment from “One Tree Hill” writer Audrey Wauchope. The female stars of the drama, including Sophia Bush, Hilarie Burton and Bethany Joy Lenz, released a joint statement shortly after Wauchope’s claim saying they had also been “manipulated psychologically and emotionally” by Schwahn, who was with the show throughout its eight-season run.