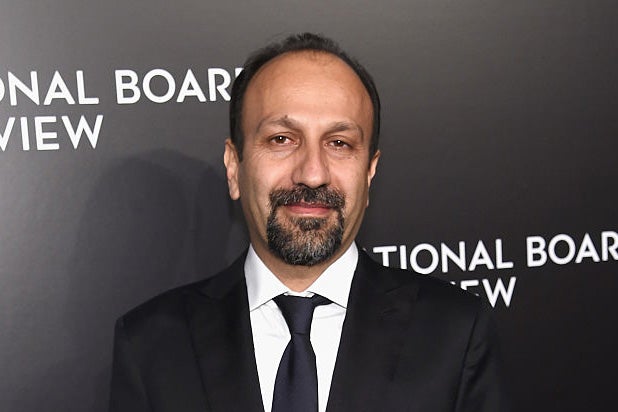 “The Salesman” director Asghar Farhadi will speak at the UTA rally from afar on Friday afternoon in light of his decision to boycott the Oscars due to Donald Trump’s proposed travel ban.

An individual with knowledge of the situation told TheWrap that he will either Skype in or speak via video from Iran. “The Salesman” is nominated in the category of Best Foreign Language film at the Academy Awards on Sunday.

On Feb. 8, UTA announced they would cancel its annual Oscar party in favor of hosting a rally instead. The rally, named “United Voices,” will aim to express “the creative community’s growing concern with anti-immigrant sentiment in the United States and its potential chilling effect on the global exchange of ideas and freedom of expression.”

The company has also announced a $250,000 donation to the American Civil Liberties Union and the International Rescue Committee. The ACLU has been at the forefront of the legal battle against President Trump’s travel ban. The order was met with protests across the country.

In January, Trump signed an executive order suspending the admission of refugees from seven Muslim-majority countries for 120 days as well as visa holders for 90 days. At the time, it was reported that Farhadi might be affected by this ban, but he followed up by saying that even if he was granted permission to attend the Oscars, he wouldn’t.

The UTA rally will take place on Friday between 3-5 p.m. PT outside the UTA company headquarters at 9336 Civic Center Drive in Beverly Hills, CA.