Friends, we’re happy to report the first full trailer for Netflix’s upcoming “The Sandman” has dropped as part of the show’s San Diego Comic-Con 2022 panel presentation in Hall H — and you can watch it here, right now. Or below:

Those at the panel got even more footage, in the form of three exclusive clips. The presentation opened with a short clip from later in the season, featuring a very, very accurate portrayal of the moment late in “Preludes and Nocturnes” when John Dee enters the diner. He chats with the waitress and explains to her the power of his (Dream’s, actually) Ruby. She doesn’t believe him, but comics readers know he is about to destroy her, and every other poor bastard in that diner.

Later in the panel, fans were treated to a clip from episode 3. In the footage — from the episode titled “Dream a Little Dream of Me” — Joanna Constantine is officiating a wedding. But as it turns out, the wedding is meant to be an exorcism. Unfortunately, Joanna was incorrect on which member of the wedding party was the demonic host, leading to the groom getting brutally murdered when a demon bursts out of him. 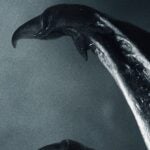 Joanna wants to know his name (presumably because she needs it to actually send him back to hell) when Lord Morpheus appears out of nowhere. He needs the identity of a different demon who has taken something that belongs to Dream. However, Joanna is determined to send the demon where he belongs even as Dream begs her not to. “Run along and f— off back to hell,” she says as the demon returns to hell, and the clip ends.

And still, audiences in the hall got more. The third clip was a shot for shot remake of the start of “The Sound of Her Wings,” which was the introduction of Death in the comics. We won’t spoil it for you here except to say that whatever you imagined a live action version would look like it’s that.

People can rest assured that one thing this show got right that it absolutely had to is the question of who plays Death. However, even on TV that poor soccer player isn’t long for this earth.

Of course, Neil Gaiman — who wrote the comic book series the show is based on — was on hand for the panel, and gave fans some insight into how it all came together. Touching a bit on casting the show, Gaiman joked that after Kirby Howell-Baptiste’s audition “we believed that people would fall in love with Death.” Meanwhile, Patton Oswalt was apparently cast because “we knew that he would fit into that raven costume,” Gaiman joked.

Gaiman also revealed that Dave McKean, the cover artist for the original comics, designed the end title credits for each episode of the series. 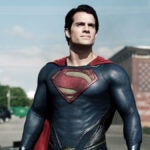 Launching its 10-episode first season on Netflix August 5, “The Sandman” is based on the groundbreaking and award-winning comic book series of the same name written by Gaiman. The epic follows Dream (Tom Sturridge), the personification of dreaming who both is and controls that realm, his family of equally powerful personifications known as The Endless, and the various modern day, historical and fantasy/mythology figures in his orbit.

The one thing that really stands out is the extent to which so many of these scenes and quite a lot of dialogue comes directly from the comics. Likely changes will be made — we’re guessing like with Joanna Constantine, it’s mainly due to specific rights — and changes aren’t inherently bad or good, but a work like “The Sandman” has legions of devoted fans, and likely they’re happy things seem to indicate this show is going to try very hard not to fix what isn’t broken.

Based on what we’ve seen so far, “The Sandman” Season 1 somewhat closely follows the story told in “Preludes and Nocturnes,” the first “Sandman” story arc in which Dream is captured and held prisoner during World War 1. Decades later he frees himself and embarks on a quest to find his implements of power to restore himself, and the dreaming, to full strength. Along the way, he has to deal with the chaos his absence caused, in the waking world, in dreams, and even in the afterlife. 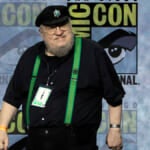 Of course, people who know and love the comics read that list of characters and blinked, because it’s obvious the series is also very quickly getting into the second major storyline too. Looks like there’s a Cereal Convention in our future.

Developed and produced by Gaiman, Heinberg and David S. Goyer, “The Sandman” is produced by Warner Bros. Television.