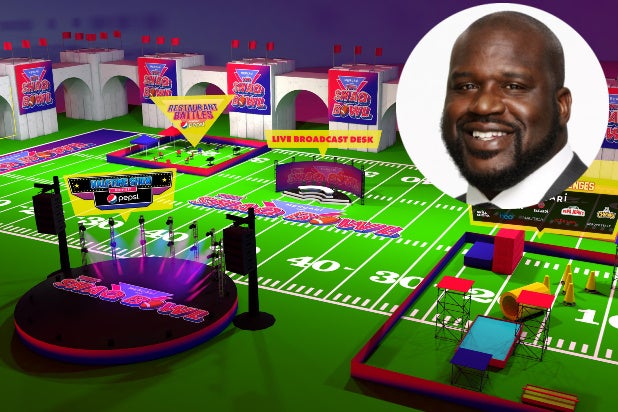 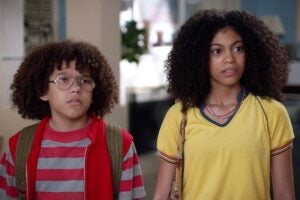 “The actual stress level in terms of permits and dealing with the government…and all the things that come with a live event — we’re over that,” producer Adam Richman says

“The Shaq Bowl” producers Adam Richman and Joe Silberzweig, come from the live-events industry — and if all goes well, they’ll never create another live event again.

The duo founded Medium Rare, which specializes in creating celebrity-driven productions for streaming platforms. Their digital productions are tailor-made for social media and heavily reliant on talent cooperation — and they can deliver bigger profit margins for both the producers and talent, Richman and Silberzweig told TheWrap.

“The financial side of it is actually more enticing,” Richman said. “The actual stress level in terms of permits and dealing with the government, dealing with the mayor’s office, traffic plan and all the things that come with a live event — we’re over that.”

Armed with that knowledge, they’ll create a “custom concept” with talent.

Their celebrity partners are making “significantly more” than that, Silberzweig said.

That’s because Medium Rare gives their celebrity partners ownership — literally. Richman and Silberzweig will finance a production and do all the leg work. They need the celebrity’s support on social media, the rights to use their name, and a media day. For that, the star — who up to this point has been Shaquille O’Neal a disproportionate number of times — a 50% cut.

That goes beyond a standalone streaming production.

Take the concept of former Super Bowl bash “Gronk Beach,” for example, a previous streaming event which the fellas say is currently in talks for its own swimwear line. Should such a collection of beachwear make it to the manufacturer, Rob Gronkowski and Medium Rare would split those licensing fees down the middle. (This year, Gronkowski is a little bit busy playing in the actual Super Bowl.)

There are also conversations to turn “Shaq’s Funhouse,” the precursor to “The Shaq Bowl,” into a line of casino slot-machines. O’Neal and his Authentic Brands Group (ABG) own 20% of Medium Rare, hence the close allegiance.

And before you dismiss streaming over traditional, Nielsen-measured television, the boys said “Shaq vs. Gronk” reached 9 million people on social media. Though not exactly apples to apples, on cable, Richman and Silberzweig think it would have gotten “a few hundred thousand” viewers.

“The return to our partners is much greater than linear cable,” Silberzweig said.

The cost to be one of those advertising partners is not chump change, Richman and Silberzweig said, which helps explain the significant paydays to participating stars.

“We’re not quite as much as a Super Bowl ad, by any means, but we’re in a similar neighborhood,” Silberzweig said.

The Medium Rare guys see a particularly large opportunity for an alternative Super Bowl pregame show this year while everyone is at home and not distracted at bars or at parties. (Richman: “It’s all about finding holes in the market.”)

Broadcasting live from Tampa, Florida in a custom-built stadium, “The Shaq Bowl” will feature athletes, celebrities, and musicians competing in team-based challenges. The three-hour livestream starts at 3 p.m. ET/noon PT. It will be available for free at ShaqBowl.com, streaming at LiveXLive, on Facebook and other social media platforms including YouTube, Twitch, TikTok and Twitter.