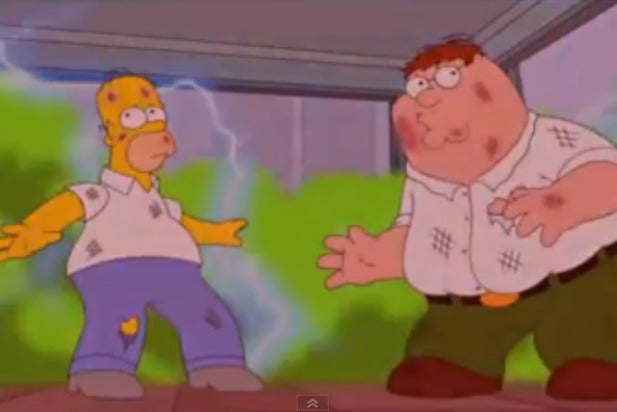 “The Simpsons”-“Family Guy” crossover finds The Simpsons initially welcoming the Griffins — their “albino visitors” — to Springfield. But soon a fight over beer (what else) threatens their animated alliance.

Comic-Con guests over the weekend got the first look at the crossover, coming this fall to Fox. It finds Homer Simpson and Peter Griffin bonding over donuts, beer and even their superiority to other Fox characters. (“Bob’s Burgers” star Bob Belcher and the titular character of “The Cleveland Show” drop in just long enough to be insulted.)

But when Peter and Homer find that Pawtucket Patriot Ale and Duff’s taste a little too much alike, they cause a nuclear meltdown that just might destroy both of their worlds.

Not really, but it felt cool to type that.