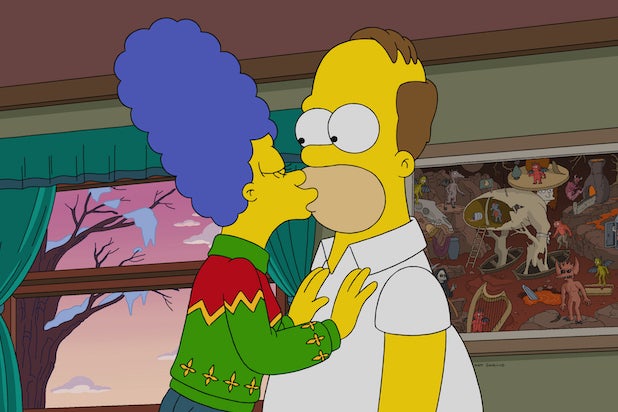 “The Simpsons” has been renewed for two more seasons, Fox said Wednesday, revealing that the animated series has been picked up for both a 33rd and 34th installment.

This means that “The Simpsons,” which is currently airing Season 32, will be with fans through at least 2023 and 757 episodes.

Originating as a sketch on “The Tracey Ullman Show,” “The Simpsons” is the longest-running primetime scripted show in TV history. As probably all of you are aware, the cartoon focuses on the title Simpson family — Homer (Dan Castellaneta), Marge (Julie Kavner), Bart (Nancy Cartwright), Lisa (Yeardley Smith) and Maggie — as well as the oddball residents of their hometown Springfield, like barkeep Moe Szyslak (Hank Azaria) and nuclear power plant owner Mr. Burns (Harry Shearer).

“The Simpsons” is currently averaging 7 million multiplatform viewers in its 32nd season, according to a week’s worth of delayed viewing data from Nielsen. This season marks the first since Fox announced the show would no longer have white voice actors voice Black characters last summer.

“Woo Hoo! With any luck the show will soon be older than I am,” Homer Simpson *said* in a statement about the show’s two-season renewal.

Series creator Matt Groening added: “Everyone at ‘The Simpsons’ is thrilled to be renewed once more, and we are planning lots of big surprises. Homer will lose a hair, Milhouse will get contact lenses, and Bart will celebrate his tenth birthday for the thirty-third time.”

“The Simpsons” is executive produced by James L. Brooks, Groening, Al Jean and Matt Selman. The series is a Gracie Films Production in association with 20th Television. The Gracie Films Worldwide Brand Division develops and produces the licensed content for the series.

“The Simpsons” will hit its 700th episode milestone this season with “Manger Things,” airing Sunday, March 21 at 8/7c. This week’s episode, “Yokel Hero,” features a guest-voice appearance by Albert Brooks, and sees “Cletus becomes a singing sensation, while Homer becomes a new man. Then Cletus turns on his fans, ruining everything.”

“It’s a sincere pleasure to announce the Season 33 and 34 pick-ups for ‘The Simpsons.’ We keep hoping that, eventually, they’ll get it right,” Charlie Collier, CEO of Fox Entertainment, said. “Profound respect for and congratulations to Matt, Jim, Al and the many other wonderful partners working really hard to finally elevate ‘The Tracey Ullman Show.’ As they say, ‘practice makes perfect.'”