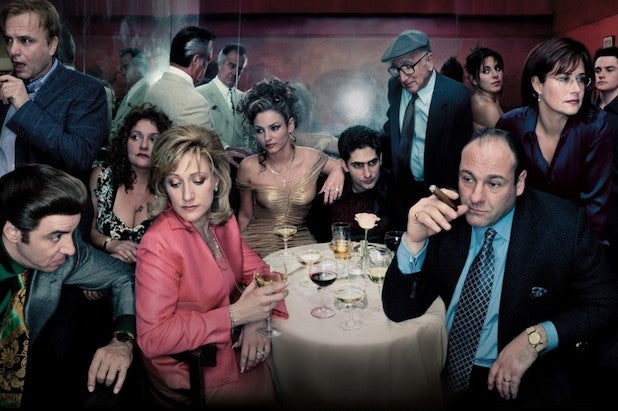 The actors behind Adriana La Cerva, Meadow Soprano and Salvatore “Big Pussy” Bonpensiero, respectively, will give the party at Newark, New Jersey’s Prudential Center some extra-special — and local — street cred.

Monday’s 2019 VMAs will be hosted by comedian Sebastian Maniscalco, starting at 8/7c. The pre-show kicks off an hour earlier.

The VMAs will air in 180 countries, reaching more than half a billion households, according to MTV. Musicians and fans will celebrate the year’s best videos via live performances, viral moments and a new “immersive” fan experience, the Viacom-owned cable channel said.

Bruce Gillmer and Den of Thieves co-founder Jesse Ignjatovic are executive producers for the 2019 “VMAs.”

Also Read: Michael Gandolfini 'Never Watched a Minute' of 'The Sopranos' Before Auditioning for Prequel Movie

Production is underway on “The Sopranos” prequel movie, “The Many Saints of Newark.” James Gandolfini’s son, Michael Gandolfini, is playing the young version of his late father’s iconic mob-boss character, Tony Soprano.