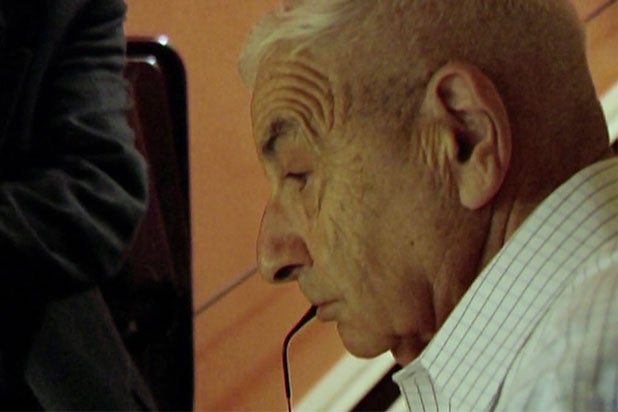 True crime fans watching “The Staircase” over the weekend might have noticed a familiar face examining the murder scene — Werner Spitz, the forensic pathologist whose cases have included JonBenet Ramsay and John F. Kennedy’s.

“The Staircase” is Netflix’s newest true crime documentary which looks at the death of novelist Mike Peterson’s wife, Kathleen. It investigates his involvement in her death, which he claims resulted from a fall down stairs in their home. Spitz worked on Peterson’s defense team alongside Dr. Henry Lee.

Spitz is one of the most renowned pathologists in the world, having testified in 1969 on behalf of Joseph and Gwen Kopechne, the parents of Mary Jo Kopechne, who died in a car accident while a passenger in a vehicle driven by Sen. Ted Kennedy.

Six years later, Spitz was asked to work as an advisor to the Rockefeller Commission and the House Select Committee on Assassinations, where he reviewed John F. Kennedy’s autopsy and, ultimately, called it “botched.” He also consulted on the assassination of Martin Luther King Jr. and testified for the defense in the trial of Casey Anthony.

More recently, he was among a panel of investigators in “The Case of: JonBenet Ramsey,” theorizing that six-year-old JonBenet was killed by her brother Burke, who then filed a defamation suit in October saying that Spitz’s claims “attacked and permanently harmed” his reputation.

Spitz was  the forensic pathologist in the case of Sister Cathy that was chronicled in Netflix’s “The Keepers.” The series showcased the murder of a nun, Sister Cathy, which subsequently uncovered sexual abuse at a Catholic school in Baltimore, Maryland. As the deputy chief medical examiner for Maryland who did Sister Cathy’s autopsy, Spitz ruled that she died from a 2-inch circular fracture of the left temple that was inflicted by a heavy flow with a blunt object.

Also Read: 'The Staircase': What Happened to Blood Spatter Analyst Duane Deaver After the Case?

He also testified at the trial of Phil Spector, as well as the civil trial against O.J. Simpson.

TheWrap has attempted to reach Spitz.