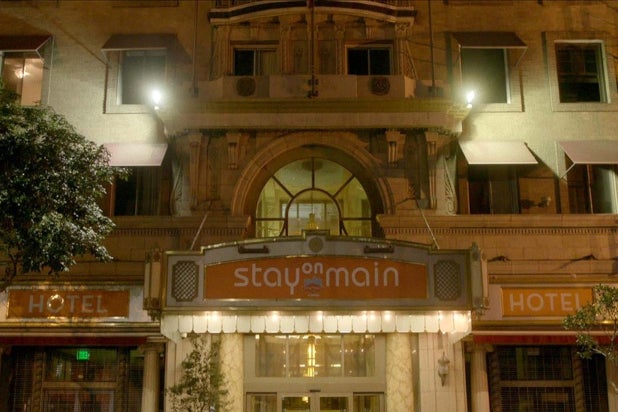 (Spoiler alert: Do not read on if you haven’t seen Netflix’s “Crime Scene: The Vanishing at the Cecil Hotel.”)

Netflix’s documentary “Crime Scene: The Vanishing at the Cecil Hotel” goes live on the streaming service Wednesday, and while the series focuses mostly on the Elisa Lam case, the Cecil Hotel is a Los Angeles landmark that has a haunted history dating back to the 1930s.

The 21-year-old student Elisa Lam, the subject of the Netflix series, is now the Cecil Hotel’s most famous lodger. Lam was found floating dead and naked in the hotel’s water tower on the roof in February 2013 after a brief stay. The last recorded moments of Lam’s life were captured by a now-famous elevator security camera video, which shows Lam frantically pressing all the door buttons and apparently speaking to someone out of view.

Lam’s case is still cold — a killer was never identified, making her case another in the grisly trail of crimes committed at the Cecil Hotel (which is still operational, under the name Stay on Main). However, investigators in the series believe to have finally solved the case, saying her diagnosed bipolar disorder led to her accidental death.

The Cecil Hotel was built in 1927 in Downtown L.A.’s Skid Row neighborhood by hotelier William Banks Hammer, who spent $1 million (in 1920s cash) to build it. But almost immediately after the Cecil opened, the Great Depression happened, and the hotel turned from Hammer’s dream of housing wealthy elites to desperate and depressed working-class folks.

In the Cecil’s opening year a man named John Croneur was arrested in his room after robbing a nearby hotel and fleeing from police. The first death at the Cecil was recorded just three years after it opened, when a man named W.K. Norton died by suicide in 1931.

Prior to Norton’s death, at least two people tried to commit suicide in the hotel, including a 33 year-old woman named Dorothy Roberson in 1929. Over the next nine decades, a long string of deaths in the hotel would define the Cecil’s reputation.

The Cecil’s central location in Downtown L.A. and proximity to Skid Row made it an ideal spot for a number of transients and enterprising criminals, including George Ford, an opium dealer who resided at the Cecil and was arrested at the nearby Astor Hotel with $10,000 worth of product. In 1933 a young delivery driver died after a crash pinned him between his truck and the hotel’s wall.

The Hotel itself was known to have “insanity within its walls,” as said in the docuseries, with guests ranging from drug dealers to prostitutes and rapists. One interviewee in the documentary series says the hotel is where “serial killers let their hair down,” perhaps in part because it was so cheap — in the mid-1970s and ’80s, rooms were about $14 per night.

Killer Richard Ramirez, a.k.a. the Night Stalker, stayed at the hotel between his grizzly murders. One witness in the documentary said he would often see Ramirez take off his bloody clothes in the alley and walk up the Cecil stairs to his room.

Austrian serial killer Jack Unterweger stayed at the Cecil for a time in 1991 in a twisted homage to Ramirez. During that time he posed as a journalist and killed at least three sex workers, all while taking advantage of his rapport with the police that he garnered during during ride-alongs. Unterweger was later convicted of the murders and hanged himself in Austria.

Other incidents at the Cecil included someone trying to burn down the hallways, domestic abuse, assaults and stabbings, someone slashing their own throat with a razor and even an infamous leap by Pauline Otton, who jumped from the ninth-floor window, killing herself and an elderly passerby who was on the pavement below her.

The most-recent incident happened in 2015, when a 28 year-old man was found dead on the pavement outside the hotel in an apparent suicide.

In the docuseries, former hotel manager Amy Price said there were “thousands of 911 calls” in the 10 years she worked there. A cop said, “When I was on patrol here, you could expect one to three calls a day from the Cecil.”