Alyssa Farah Griffin is less than impressed with the future of her party. According to the host of “The View,” most of the younger members in office are “horrifying.”

Farah Griffin’s words came as the women at the table discussed Nancy Pelosi’s announcement on Thursday that she won’t be seeking a leadership position in the House of Representatives after the GOP takeover in the midterms. In her speech, Pelosi said “the hour’s come for a new generation to lead the Democratic caucus,” signaling a shift to helping cultivate younger representatives.

And, according to Farah Griffin, Republicans could stand to take Pelosi’s lead in their own party.

“Love her or hate her, you can’t help but respect the hell out of her,” Farah Griffin said. “And I think it takes leadership to know when to pass the baton. I really liked that, because what she’s saying is she wants to groom the next generation of leadership.” 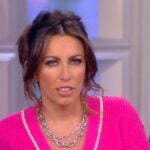 But, looking at Republicans, Joy Behar noted that people like Lauren Boebert, Marjorie Taylor Greene and Matt Gaetz are all “very loud” as they come up through congress. Alyssa Farah Griffin argued that those three aren’t exactly shining examples of leadership that should be looked to.

“We’re not teeing up the next inspiring young leaders,” she added. “Like, everyone you just rattled off who’s young in the GOP is horrifying. And that shouldn’t be the future leaders.”

Host Sara Haines also agreed with the idea that younger representatives should be elected and allowed to thrive, arguing that “representation is more than just skin color, or biological sex.”

“I think we need to inspire young people to go out and get involved,” she said. “This isn’t like specializing as a lawyer or doctor where it’s years, and years, and years of study. Throw your hat in the ring. Because even before you’re old enough to be elected, you could be participating in campaigns, learning how to use your voice and speak up in a room.”

She continued, “I think we need this even more in the Republican Party, because we talk here about [how] healthy democracy depends on two vibrant parties.” 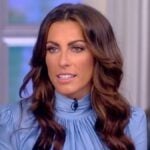