The hosts of “The View” continued defending President Joe Biden Friday after it was revealed that a second batch of classified documents was found in his home. While the women agreed it was wrong of Biden to have had any documents, host Ana Navarro argued that it’s important to realize how old the documents are compared to the ones Trump notoriously had at Mar-a-Lago.

Naturally Trump and his supporters jumped all over it, with some even calling for raids of Biden’s home or even the White House. But, the women of “The View” have talked all week about the clear differences between the two situations. On Friday, Ana Navarro just added to the list. 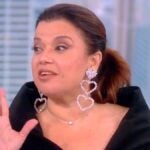 Also Read:
‘The View': Ana Navarro Says Kevin McCarthy Will Be ‘The Most Castrated Eunuch’ Speaker of the House Ever If He Pulls Off Win (Video)

“These documents are at least six, seven years old. Nobody was missing them for seven years,” she argued. “This guy, you know, Biden could have easily flushed them down the toilet, had his crazy German Shepherd eat them, burnt them in the fireplace – but he didn’t. What did he do? He self-reported.”

And while the hosts largely agreed that the key difference here is that Biden has fully cooperated and been transparent throughout the news, host Alyssa Farah Griffin argued that just because the documents are older than Trump’s doesn’t necessarily mean they posed no threat.

“Time doesn’t make something not classified, necessarily,” Farah Griffin said. “So it still could pose a national security risk, even if it’s been six or seven years.” 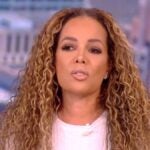