Twice-impeached former President Donald Trump threw out a new nickname for a political opponent this weekend: Ron DeSanctimonious. It was a startling move, considering how DeSantis has supported Trump in the past, but for “The View” host Ana Navarro, it means Trump just gave the Florida governor full approval to run against him for president.

Trump’s latest round of name-calling came while on the final leg of the midterm campaign trail. During one appearance, Trump said “We’re winning big, big, big in the Republican Party for the nomination like nobody’s ever seen before. Let’s see, there it is, Trump at 71, Ron DeSanctimonious at 10%.” But, while actually in Florida, Trump held off on using the nickname, saying simply that the people of Florida were going to re-elect DeSantis.

That said, host Alyssa Farah Griffin doesn’t expect DeSantis to be much of an opponent to Trump once he officially announces he’s running again. 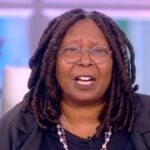 “I’m here for the drama between Trump and DeSantis,” Farah Griffin said. “I will say this: DeSantis doesn’t stand a chance once Trump’s in. I expect Trump’s gonna announce on the 14th. He may announce sooner than that, but he’s running. For whatever reason, my party is doing this exercise again.”

Early on in the segment, moderator Whoopi Goldberg mentioned that the announcement could come as early as this week, mocking Trump and asking if he really needs “that much attention.”

“He also said he was making a big announcement tonight, which many expect that it’s going to be either he’s running or he’s got gas,” Whoopi joked. “One of the two.”

You can watch the full segment from “The View” in the video above.” 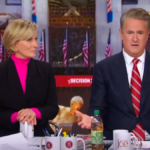