Much like other celebrities, the hosts of “The View” are tired of talking about Will Smith slapping Chris Rock at the Oscars. But Ana Navarro had something to add Monday: Smith shouldn’t lose projects because of what happened.

In the aftermath of the incident, Netflix has reportedly put their next project with Smith, a film called “Fast and Loose” on hold. It’s not altogether unexpected, as several Hollywood experts told TheWrap last week that his work would take a hit, at least in the short-term. But Navarro doesn’t agree that should happen.

“Look, I’m so tired of talking about this, I’d like to slap myself,” Navarro said to preface her comments. “I really wish we were talking about Clarence Thomas and Ginni Thomas, because I think that has more of an effect on our lives. But, I understand that this has really struck a nerve with people, with Americans.” 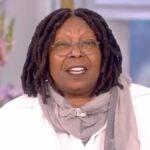 “He’s had over 30 years of a career, where he’s had a very positive image, been a positive role model, he’s been very philanthropic, he’s done all sorts of things,” she argued. “None of us should be judged by our worst moment. We should be judged by our entire career. And yes, this is going to be with him the rest of his life. It’s going to be in his obituary. This is not going away. But should it define his life? Should it define his career? No, absolutely not. So I think Netflix and all those are making a mistake, and I hope they reconsider, because we should be able to separate his art from what he did.”

Navarro reiterated that what Smith did was wrong, but noted that his actions up to Sunday night should be considered more heavily. You can watch the full segment from “The View” in the video above.

Moderator Whoopi Goldberg agreed on the importance of separating art from artist, arguing that “You have to. Because if you don’t, none of us can be artists.” 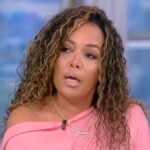 When Sunny Hostin pointed out that she thinks Smith’s projects being shelved is the result of people who “want to feel like they want to have a say with their dollars,” Whoopi doubled down on the necessity of separation.

“Nobody won [a Grammy] last night for the things they did a week ago, or a month ago. It’s not how it works,” Goldberg said. “This is for your work. Your work was the best work. Now, listen, people say ‘Oh we want to take this away’ and ‘Take that away.’ If they have done the work and it’s the best work, you can’t touch it. We don’t get these awards ’cause we’re nice people.”