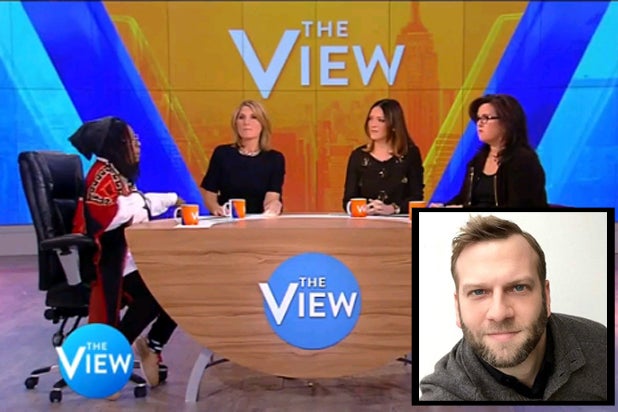 There’s another change at “The View” — this time behind the camera.

Brian Balthazar, who signed on with the ABC daytime talk show as co-executive producer in August, has decided to part ways with the show.

Balthazar is leaving the series to return to HGTV, where he had previously worked as executive producer and host. His new title at HGTV will be vice president of programming and development.

“I am tremendously grateful to the talented team at ‘The View’ and ABC both in front and behind the camera. The decision to move on was a difficult one. The opportunity to develop long form lifestyle programming is something I have always had a passion for and look forward to once again working with the talented team at HGTV,” Balthazar said of the move. “While my time at ‘The View’ was brief, I will continue to be a big fan of the show … don’t be surprised to find me cheering the ladies on from a seat in the studio audience.”

In addition to his short tenure with “The View” and his time with HGTV, Balthazar launched the fourth hour of “Today” and was the vice president of programming and executive producer of digital content for AOL’s homepage.

Balthazar came aboard “The View” in August as part of a new senior team for the show. In addition to Balthazar joining, Bill Wolff was officially named executive producer, while Ashley S. Gorman was brought on as director and Kathleen Rajsp was tapped as senior supervising producer.