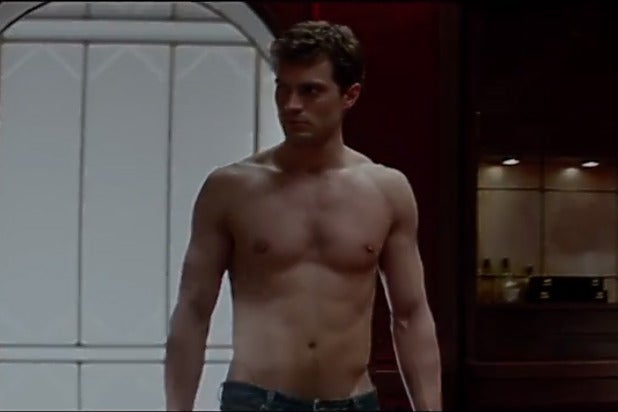 Let the reignited obsession over the “Fifty Shades of Grey” movie begin.

See video: ‘Fifty Shades of Grey’ Star Dakota Johnson Does Not Want Her Parents to See the Movie ‘At All’

At the start of Thursday’s show, “The View” hosts watched the sexy trailer for the Focus Features film, adapted from No. 1 selling novel by E.L. James. Most notably was that executive producer Bill Geddie looked visibly uncomfortable after watching it, which is saying a lot after seeing every “View” episode over the last 17 years. But the lively discussion led to some interesting insights, mainly from Jenny McCarthy.

Also Read: Jenny McCarthy Implies Hillary Clinton Is a Lesbian During ‘The View’

She told the panel that after being married a long time, “missionary style gets really boring. Sometimes you want to be thrown around a little bit.”

“At the age of 41, if you put a mask on me, I’m falling asleep… and if I’m tied up, I’d tell him to do the laundry and the dishes,” McCarthy added.

McCarthy’s remarks were far more interesting than guest panelist, Amy Robach from “Good Morning America,” asking about how comfortable people would be watching it in the theater or Sherri Shepherd talking about how she’s (sometimes) a “good Christian woman.”