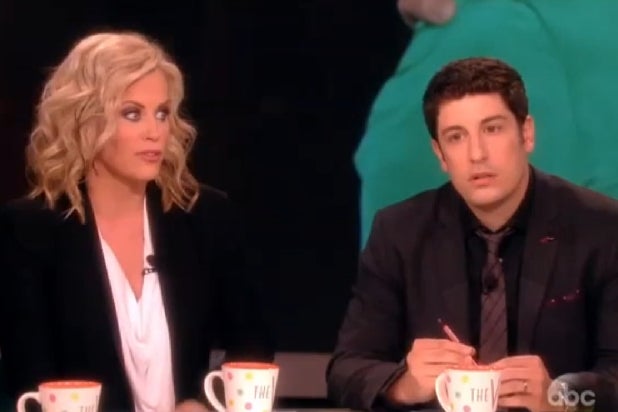 It seems like Jenny McCarthy is going to just let it all hang out during her last few weeks on “The View.”

Tuesday’s show was barely three minutes old when McCarthy let loose with some idle speculation about Hillary Clinton’s sexuality. While discussing a tell-all book written by a former secret service officer on the Clinton detail, the hosts addressed a nickname they had for a supposed frequent visitor and alleged Bill Clinton mistress: “The Energizer.”

Also Read: Jenny McCarthy on Impending ‘View’ Exit: ‘I’m Not Allowed to Be the Best of Me Here’

Amid the usual “it’s none of their business” type of responses, McCarthy decided to toss a little bomblet into the discussion: “Maybe he has his girlfriends and and she has hers.”

BOOM! “You’re just putting stuff out there!” replied Sherri Shepherd. To his credit, guest host Jason Biggs took the bait and made an off-color Energizer joke. We’d repeat it, but ABC dropped the audio for at least ten seconds.