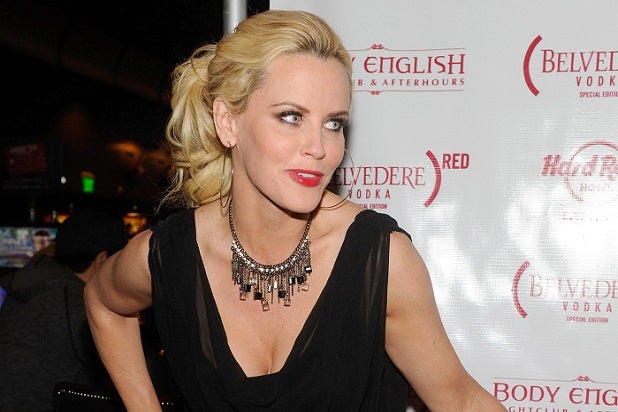 Jenny McCarthy addressed her exit from “The View” on the Howard Stern Show, but she didn’t say too many flattering things about the ABC talker, or her fellow co-hosts.

“I’ll tell you something Howard,” McCarthy said. “It’s like halfway into [my tenure on “The View”], it was probably around February, I went, ‘God I’m not allowed to be the best of me here.’ I feel like to have a voice, to be able to speak without having to interrupt people … It’s very difficult, and I don’t like doing it, it’s very uncomfortable, so I felt like, ‘You know what? Maybe this is just a stepping stone for me to go somewhere where I can actually be my full self.'”

The longtime TV personality and former Playboy model became a full-time co-host of “The View” back in July of 2013, but less than a year later ABC announced they wouldn’t be renewing either her or Sherri Shepherd’s contract for the following season.

Rosie O’Donnell was eventually named as one of their replacements. Since then, it’s been all-out chaos between O’Donnell, current co-host Whoopi Goldberg, former co-hosts Elisabeth Hasselbeck and Joy Behar, and now McCarthy.

See video: Barbara Walters Appears In One Last ‘View’ With Sherri Shepherd and Jenny McCarthy Before Their Exit Announcements

“If I wanted to stay with Rosie [O’Donnell] and I was a Republican, I would still be there right now,” McCarthy told Stern.

Not everything she said about “The View” was negative, however. McCarthy said working with Barbara Walters wound up becoming a rewarding experience.

McCarthy also discussed her upcoming marriage to New Kids on the Block’s Donnie Wahlberg. The guest list will apparently won’t include too many of her former colleagues.

“Sherri Shepherd will be the only one [celebrity invited] possibly if she can make it,” McCarthy said. “I hate celebrities.”